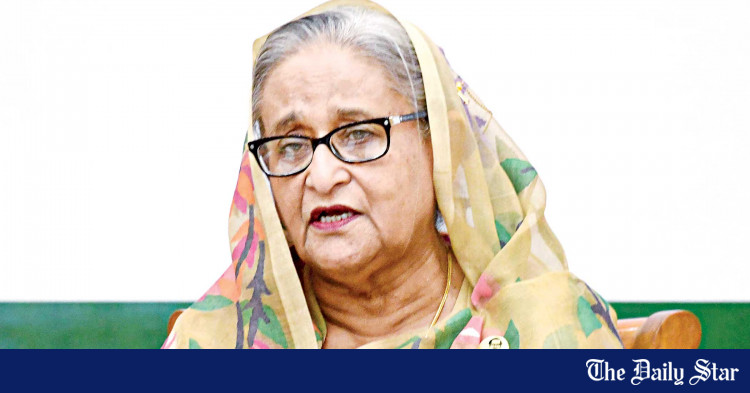 Work for the people who pay your wages

Prime Minister Sheikh Hasina yesterday told officials to devote themselves to the welfare of people who pay taxes for their wages and comforts.

“You all get wages and benefits from the money paid by ordinary people in taxes, so you have to work for their welfare and in their interests,” she said.

For all the latest news, follow the Daily Star’s Google News channel.

Hasina was speaking during a program marking the National Public Service Day and the distribution of the Bangabandhu-2022 Public Administration Award. The event was held at the Osmani Memorial Auditorium in the capital, with the Prime Minister joining him virtually from the Gono Bhaban.

The Prime Minister said that the socio-economic development of grassroots people is the main objective of the government and that it operates with this objective in mind.

She said the government wants to bring the administrative system to the doorstep of the people so that every employee of the republic can fulfill their responsibilities as specified in the country’s constitution.

Hasina observed that there should be a specific goal, direction and philosophy to develop a country.

And for that, there should be the formulation of a work plan and its proper implementation, she added.

The Prime Minister said the government is creating a pleasant atmosphere in the workplaces so that civil servants can carry out their duties smoothly and without fear.

“For this, the government has taken a number of measures. Our goal is to make the administrative structure fit for the times.”

She said the government has taken a special initiative to allow civil servants to buy vehicles and apartments by borrowing money from the government.

“We have taken steps to ease your tensions about your families so you can think about people.”

Speaking about the Russian-Ukrainian war and US sanctions against Russia, Hasina said it was believed that a lesson would be taught to a country by imposing sanctions.

“But all are now suffering because of the imparting of the lesson. All are affected by it.”

Inflation has risen around the world, she said, adding that developed countries like Britain and the United States have begun to pursue austerity in the use of electricity and energy. “Their condition is very deplorable.

Regarding Bangladesh, the Prime Minister said, “As we have so far fulfilled our duties with sincerity and skill, we are progressing well compared to many other countries around the world.

“But considering the future, we have to be austere and avoid waste. We have to pay special attention to that,” she added.

Referring to criticism from opposition parties and the media, Hasina urged officials to check whether or not there were any shortcomings.

She asked the bureaucrats not to be confused and depressed. “You have to be convinced that what you are doing is for the well-being of people.”

Minister of State for Public Administration Farhad Hossain, among others, also spoke.

Previously, on behalf of the prime minister, Minister of Liberation War Affairs AKM Mozammel Haque distributed the awards to the winners.