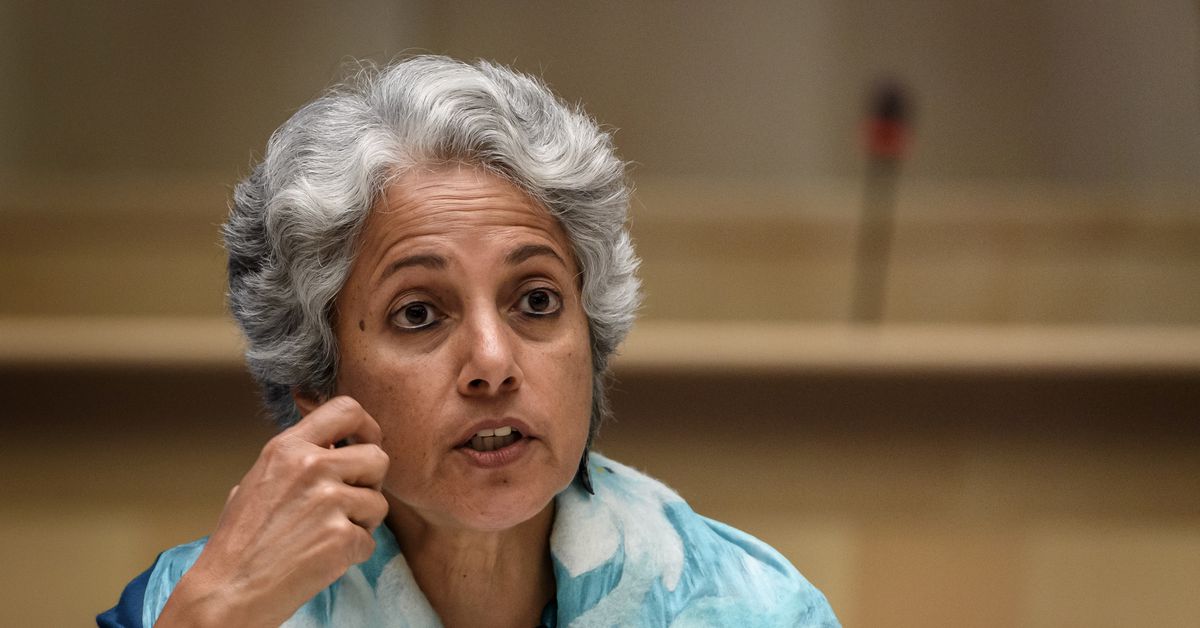 WHO chief scientist says Omicron is “quite contagious”, don’t need to panic

World Health Organization (WHO) Chief Scientist Soumya Swaminathan attends a press conference organized by the Geneva Association of United Nations Correspondents (ACANU) amid the COVID-19 outbreak, caused by the novel coronavirus, at WHO headquarters in Geneva, Switzerland, July 3, 2020 Fabrice Coffrini / Piscine via REUTERS

December 3 (Reuters) – World Health Organization chief scientist Soumya Swaminathan told the Reuters Next conference on Friday that while the new variant of the Omicron coronavirus appeared to be highly transmissible, the right answer had to be prepared, careful and not panic.

WHO has urged countries to build healthcare capacity and vaccinate their populations to tackle an increase in COVID-19 cases caused by the Omicron variant, saying travel restrictions could save time but that alone were not the answer. Read more

“How worried should we be? We have to be prepared and careful, don’t panic because we are in a different situation than a year ago,” Swaminathan said in an interview with Reuters Next. .

While the emergence of the new variant was not welcome, she said the world was much better prepared given the development of vaccines since the start of the COVID-19 pandemic.

Much remains unknown about Omicron, which was first detected in southern Africa last month and has been spotted in at least two dozen countries. Parts of Europe were already experiencing a wave of infections from the Delta variant before it emerged.

“We have to wait, let’s hope it’s smoother… but it’s too early to conclude on the variant as a whole,” Swaminathan said of what was known about Omicron.

“The delta accounts for 99% of the infections in the world. This variant should be more transmissible to outshine the competition and become dominant in the world. It is possible, but it is not possible to predict.”

WHO’s top scientist said the Omicron variant appeared to cause three times as many infections as before in South Africa, meaning “it appears to be able to overcome some of the natural immunity of ‘a previous infection’.

The vaccines seemed to have some effect.

“The fact that they don’t get sick… that means the vaccines still offer protection and we hope they continue to provide protection,” Swaminathan said.

Asked about the need for annual booster shots, she said “WHO is preparing for all scenarios”, which could include an extra dose, especially among certain age groups or vulnerable sections of the population, or a vaccine amended.

“The natural infection acts as a booster,” the WHO scientist said, adding that while the new variant “could have come from a country where there is not a lot of genome sequencing,” its origins were not known.

“We may never know,” Swaminathan said.

To watch the Reuters Next conference, please register here https://reutersevents.com/events/next/