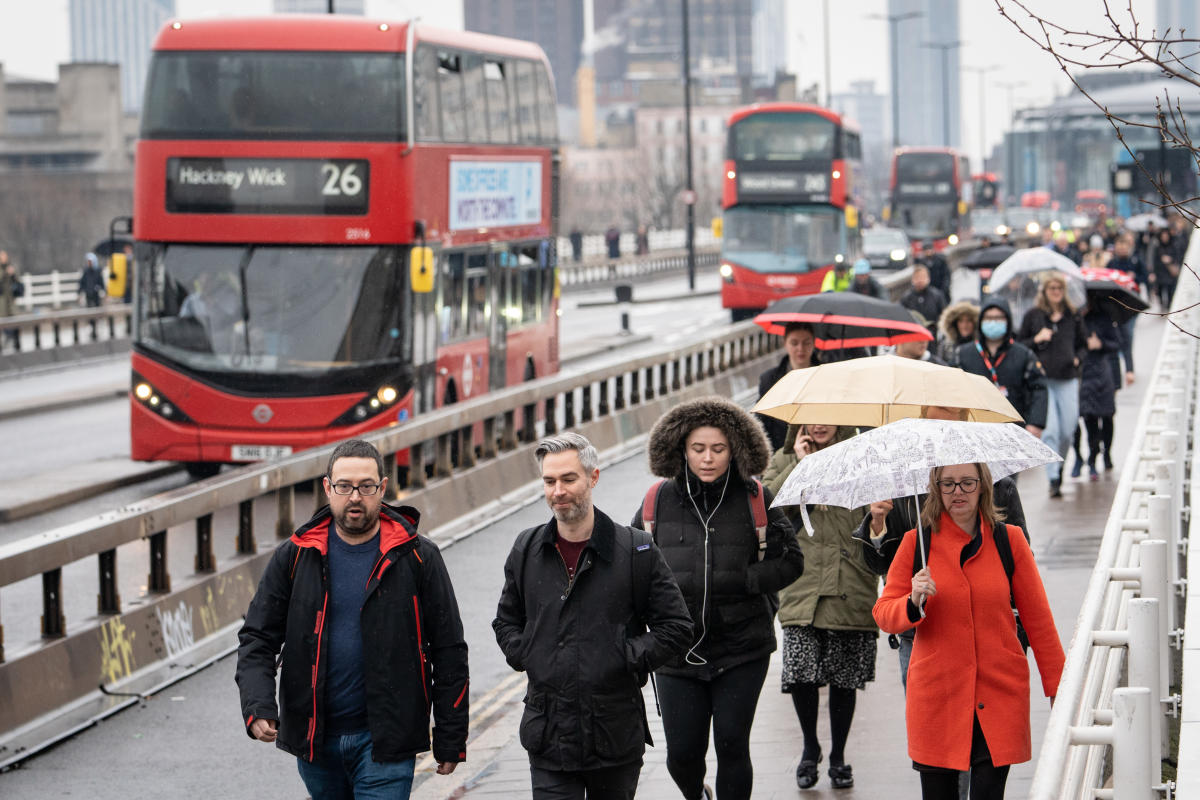 The war in Ukraine and soaring inflation are expected to halve UK economic growth this year, according to new data.

The British Chamber of Commerce (BCC) has lowered its expectation for UK GDP growth in 2022, from 4.2% in its previous December forecast to 3.6%.

That’s less than half of last year’s 7.5% growth, reflecting the poor outlook for consumer spending and a weaker-than-expected rebound in business investment.

Consumer spending is now expected to rise 4.4% this year, down from their previous forecast of 6.9%.

“The downgrade reflects historical pressure on real household incomes from high inflation. Inflation is expected to outpace wage growth through the second quarter of 2024, maintaining pressure on household finances,” the BCC said.

Business investment is also expected to grow by 3.5% in 2022, down from the previous forecast of 5.1% and significantly below the Bank of England’s (BoE) latest projection of 13.75%. .

This highlighted an expected weakening in investment intentions due to rising cost pressures, higher taxes and weakening confidence amid a deteriorating UK and global outlook, including the current impact of the Russian invasion of Ukraine.

It comes as UK consumer price inflation stood at 5.5% in December, before Russia’s invasion of Ukraine pushed energy prices even higher. .

The inflation rate is currently more than double the Bank of England’s (BoE) 2% target. It is expected to hit 7.25% in the spring, when energy bills jump in April, and the Chancellor’s tax hikes kick in, before starting to come down.

However, the BCC said that the rising costs of raw materials, the increase in the energy price cap, the cancellation of the VAT reduction on hospitality and the upward pressure on the prices of energy and commodities due to the impact of Russia’s invasion of Ukraine is expected to drive CPI inflation to a peak level of 8% in Q2 2022.

If realized, it would be the highest rate since July 1991. The impact of the invasion and rising commodity costs should also keep UK inflation higher for longer.

Read more: What higher inflation means for savers and investors

The soaring cost of living is raising expectations that Threadneedle Street will raise interest rates further at its next meeting in March.

In December, the BoE became the first major central bank to lower borrowing costs from a record high of 0.1% to 0.25%. In February, it doubled the rate from 0.25% to 0.5%, the second increase since the start of the pandemic and the first consecutive increase since 2004.

“UK interest rates are expected to double over the course of this year, from 0.5% to 1%. However, with the current inflationary spike mainly driven by global factors, higher interest rates are unlikely to do much to curb further increases in inflation,” the BCC said in its report.

“Our latest outlook suggests that a legacy of COVID and Brexit is an increasingly unbalanced economy with a growing reliance on household spending to drive growth. Such economic imbalances make the UK more vulnerable to economic shocks and reduce our production potential,” said Suren Thiru, Head of Economics at the UK Chambers of Commerce.

“Downside risks to the outlook are increasing. Russia’s invasion of Ukraine could lead to another economic slowdown if it stalls activity by triggering a lasting dislocation of supply chains or a larger surge in inflation.