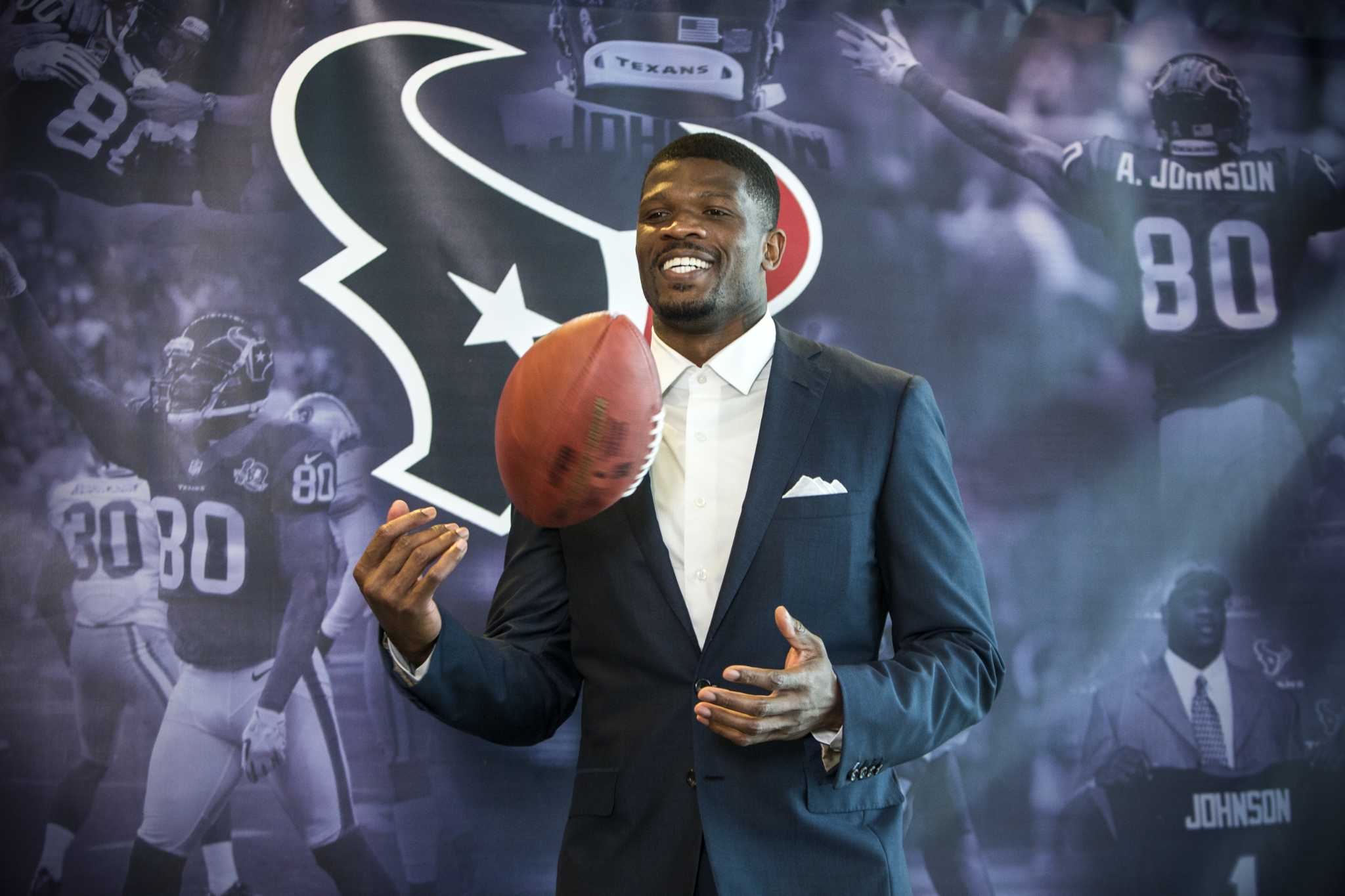 Andre Johnson, one of the NFL’s most prolific wide receivers in a 14-year career, is one step away from being elected to the Professional Football Hall of Fame.

Johnson, who played his first 12 seasons with the Texans and is in his first year of eligibility, made the Modern Era finalist list that was announced by the Hall of Fame on Thursday.

â€œIt is an incredible feeling and a huge honor to be included among the finalists,â€ said Johnson. â€œI would like to thank the committee for voting for me as a finalist.

â€œI didn’t come to Texans saying I wanted to be in the Hall of Fame. I wanted to be a great player and play the game the right way. I think being a finalist shows that all of the hard work and dedication to my craft wasn’t something I took for granted. I can’t wait to see what will happen.

Johnson’s next hurdle to be part of the 2022 class will come on January 18, when 48 members of the selection committee will vote for up to five Modern Era finalists. The results will be revealed at the NFL Honors Show on February 10 in Los Angeles, site of Super Bowl LVI.

To be inducted into the Hall of Fame, finalists must receive 80% of the vote.

â€œI think it’s just great for Andre,â€ Texans president and CEO Cal McNair said. â€œI’m very happy but not surprised because AndrÃ© so deserves to be inducted into the Hall of Fame. Being a finalist says a lot about the level of your game. To make the Hall of Fame would be a huge honor for Andre and the Texans.

â€œHe’s made so many important plays for us over the years. He went against the defenses with game plans designed to stop him. He faced the best defensive backs in every game and he always produced for us. He deserves all the distinctions he receives.

Johnson, the third overall pick in 2003, was the Texans’ first Ring of Honor inductee at NRG Stadium, which also includes the late franchise founder Bob McNair.

Johnson has been elected to seven Pro Bowls and has been on the All-Pro squad three times.

Johnson was one of three receivers who made the finalist list, joining Reggie Wayne and Torry Holt.

â€œThey were both great players,â€ Johnson said. â€œI watched Torry when he was in college and with the Rams. It was one of my favorite receivers to watch.

â€œReggie and I played together (at the University of Miami). He’s like a brother to me. Competing against him and the Colts twice a year, we were always trying to fight. We had to play well to give our teams a chance to win.

After hearing he was on the finalist list, Johnson paid tribute to one of his former coaches, Gary Kubiak.

â€œI owe him so much because he meant so much to my career,â€ Johnson said. â€œCoach Kubes was trying hard to give the ball to his playmakers. He believed in me.

â€œWhen he got here things took off for me. He expected a lot from me and I was up to the challenge.

â€œI’m so happy for Andre because he so deserves to be in the Hall of Fame,â€ Kubiak said. â€œI am very proud of his accomplishments. When we got there, we put a lot of money into him. I was very demanding of him and he always responded as we wanted.

â€œAndrÃ© has done so much for the franchise. He raised the team to put us in a position to make the playoffs and compete for a championship. He’s one of the greatest players I’ve coached, and there’s no doubt in my mind that he deserves to be in the Hall of Fame because he’s one of the greatest receivers of. the story.

Johnson’s stats compare favorably with those of Hall of Fame receivers.

Playing primarily with starting quarterbacks David Carr and Matt Schaub, Johnson has had five seasons with at least 100 receptions. It’s one more than Jerry Rice and Marvin Harrison and two more than Cris Carter and Randy Moss.

Johnson had three 1,500-yard seasons, tied for second with Harrison, one behind Rice.

Johnson and Harrison had three seasons with at least 100 receptions and 1,500 yards, one more than Rice and two more than Moss, Michael Irvin, Isaac Bruce and Calvin Johnson.

The hype and irrationality behind Italian calciomercato

We believe that SSE (LON: SSE) can stay on top of its debt