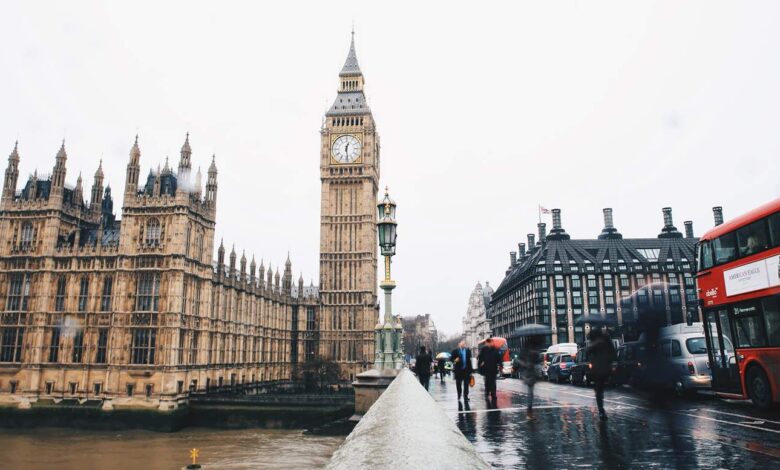 Republished with permission from the Texas State Newsroom

SAN MARCOS – New research conducted in part at Texas State University has shed new light on an unexpected increase in air pollution in the Greater London area of ​​the UK as measures to improve the quality of air have been implemented.

The research was conducted by Muxin Zhai of the State of Texas, assistant professor of finance and economics at McCoy College of Business, with Hendrik Wolff, professor of economics at Simon Fraser University in Burnaby, British Columbia. .

Their research, “Air pollution and urban road transport: evidence from the world’s low-emission zone in London”, is published in the journal Environmental economics and political studies (https://link.springer.com/article/10.1007/s10018-021-00307-9).

Zhai’s study looked at the first two phases of the low-emission zone implemented for the Greater London area, making it the largest such zone in the world. Low Emission Zones are commonly implemented in European cities as a strategy for controlling pollutants, including a category known as PM10. They are inhalable particles 10 microns and smaller that can contribute to serious health problems.

“It is the largest low emission zone among more than 200 low emission zones in the world. In phase 1, just after the introduction of this policy, we found that there was an increase in the concentration of these pollutants, but after the implementation of phase 2, which is a more stringent phase of the program , the level of air pollutants went down, ”Zhai said. “The critical question is what caused this problem? What caused the increase in the level of pollutants in the initial introduction phase? “

As part of the research, Zhai analyzed other pollutants and found that they also increased during phase 1, to decrease during phase 2. These results, although not included in the article of the review, were problematic, echoing the PM10 data. The two low emission zone phases were intended to reduce pollution, but phase 1 had the opposite effect. Intrigued, Zhai took a closer look at the behaviors of those affected by the restrictions.

“What we found when we combined the heavy-duty and light-duty vehicle traffic flow data is that right after the policy was introduced, the traffic flow increased,” Zhai explained. “Even though the percentage of cleaner and more compliant vehicles has increased, the total flow of traffic crossing and within the border of the low emission zone has also increased.

“What we are proposing is because there is a high daily load associated with using the road – for some non-compliant vehicles paying to enter the area maybe they just wanted to have it.” for their money? ” she said. “They have traveled a lot, increasing the mileage their vehicle covers in the area. They have increased their distance traveled. The increase in the number of kilometers driven by vehicles fully offset the benefit of a higher percentage of compliant vehicles.

This observed behavioral adjustment, or behavioral bias, was in conflict with classical economic theory, but is easily explained by the “sunk cost fallacy,” Zhai said. A sunk cost is a past expense that cannot be recovered. That money is gone and shouldn’t be factored into future economic decisions, yet it often is.

“If you’ve purchased an annual gym membership, you’ve already spent that money and there’s no resale value,” Zhai said. “In principle, this past payment shouldn’t affect your current behavior, but the more often you go to the gym, you feel that the cost per time of each entry goes down for you. It encourages you to come to the gym more often because you feel you are getting the most out of your money.

There may be tangible benefits to going to the gym more often, but the feeling of recouping the cost of membership is an illusion. In some cases, when costly repairs to a vehicle are warranted because the owner has already spent a lot of money on additional repairs, the sunk cost fallacy can be informally described as “throwing good money after bad”. “.

“As far as we know, this is probably the first application of this in the environmental field,” Zhai said. “I suspect that this behavioral bias of the sunk cost error can be widely applied to many other situations.”