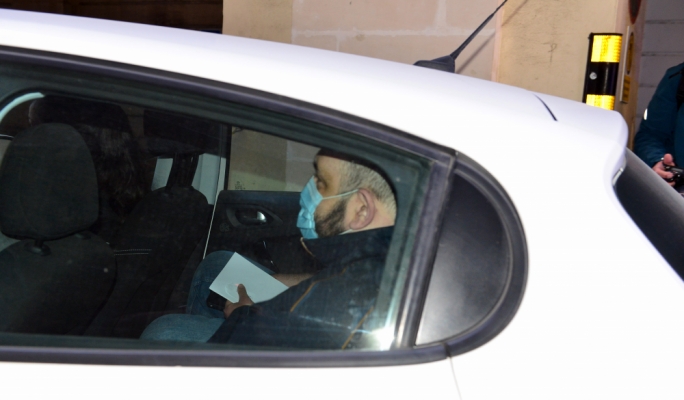 Darren Casha, the owner of the Medasia restaurant in Gzira, claimed in a December 2014 affidavit that Schembri and Agius enlisted two men to create a €2m and €1.5m debt build-up against the chain. of supermarkets, without having such authority.

But Casha also claims that the alleged loans to Ryan Schembri, apparently for the supermarket’s expansion in Libya, were made by the two men, Edmond Mugliett and Alexander Farrugia, on behalf of other mystery lenders. Yet their identity or legal interest has so far not been established.

“It appears that other companies have given instructions to Mugliett and Farrugia to pass on the money, without us knowing who they are or for what. How did these companies not come forward personally to claim their due? … there is nothing in More’s records regarding dealings with Mugliett or Farrugia,” Casha said.

“To me, this was further confirmation that this was Schembri’s ruse, and that Mugliett and Farrugia are involved with him in an attempt to take something from More Supermarkets that they are not entitled to.”

Extradited supermarket boss Ryan Schembri sold his chain of six supermarkets to Casha for just €94,000 in May 2014. Casha and other associates, including several investors, appear to have been creditors of €5.7million loaned to Schembri’s operation before the supermarket collapsed. that same year.

But after More’s shares were transferred to Casha, Ryan Schembri and Adrian Agius – who were retained as administrators of More’s Hamrun outlet – created a two-man debt build-up for 3.5 million euros in June 2014 , unbeknownst to Casha.

Casha only discovered the “new” debt in October 2014, when Schembri fled the island. Although Casha acquired the entire chain of six More supermarkets, it assumed management of five outlets but not of the most lucrative operation, the Hamrun store in Daniels Mall. Instead, the managers of this store were left in place, namely Schembri, Adrian Agius, Chris Delia and Kurt Camilleri.

“It was early summer and I was just getting to know the business, with a new store about to open,” Casha said in her affidavit. “I had planned to keep the old managers at Hamrun to help me, to get me a good transfer as indeed I did from Camilleri and Delia in particular.”

In his own affidavit, Farrugia said he traveled to Libya with Ryan Schembri to discuss how to expand his own textile retail with More’s expansion in the war-torn country, in particularly in the Palm City complex in Jumeirah, outside Tripoli.

It was during one such visit that Farrugia, while attending a construction fair with Schembri, met an Indian contractor named Abdul Rahman.

Farrugia said that six months before the 2012 opening of the More outlet in the Daniels shopping complex in Hamrun, he assisted Schembri with various aspects of the business and pricing.

That year, Farrugia says he and Schembri went to the Sial food show in Paris with Darren Casha.

“Schembri wanted me to assist him in selling meat…that’s where Casha came in. I learned he was Schembri’s partner in Sorriso, who sells meat.

Sorriso Foods was a brand owned by a Libyan company, Copacabana Investments Group, represented by Libyan national Mohammed Emhemmed, a trader in meat and fish products.

According to an agreement presented to the court, Copacabana appointed Cassar & Schembri Marketing as its agent for an 8.4 million euro financing that included Darren Casha as guarantor, with Cassar & Schembri shares pledged in his name if the company did not repay its funding. .

Additionally, Adrian Zammit of AZ Investments had also passed on €2.2 million in loans to the company. Farrugia then said that in 2013, Schembri approached him to get 1 million euros without ever managing the money, and that he had no written agreement with said Rahman, nor a power of attorney from Rahman to appear on a constitution of debt with Schembri. .

According to Farrugia’s affidavit, Rahman’s investment remained with More Supermarket’s parent company, Cassar & Schembri Marketing – a claim he could not verify – and that at one point Schembri attempted to bind Farrugia as a shareholder to protect the investment.

Farrugia claims he refused, insisting on loan notes for the investment. But even at this stage, the enigmatic Rahman had agreed to advance an additional €500,000 to Schembri.

Strangely, it was not Rahman who was seeking the stake in More Supermarkets, as Casha’s attorney pointed out during his cross-examination of Farrugia. He also did not appear as a witness in the case.

During the first months of 2014, Schembri began telling its creditors that a Croatian criminal investigation could snowball in Malta and lead to an asset freeze.

Casha claims he disputed these claims, later realizing it was a ruse. Farrugia, in his affidavit, says that was when he learned of Casha’s extensive claims on the supermarket business and the investors who had gone with him.

At one point, Schembri floated the idea of ​​creating a bond issue for the More supermarket chain and held meetings with KPMG representatives with Darren Casha and his associates Adrian Zammit and Ray Camileri, and Schembri’s own business consultant Schembri, Edmond Mugliett. .

The public offering never materialized, nor did a potential sale of the business to another supermarket investor.

Farrugia says that after Schembri was admitted to St James’s Hospital with heart problems, he suggested he protect the Rahman investment with a loan note.

Farrugia claimed in his affidavit that Schembri and Casha were transferring ownership of supermarket shelves and furniture to another company, intending to divert a VAT refund to settle Copacabana’s debts.

“I was a candidate. When I saw this fiddling about the VAT refund… I was not happy, especially since the money was used to pay off the debts of Copacabana… a company that no one knows about »,

Farrugia told the court in cross-examination. Darren Casha disputed that claim in court, saying nothing on the supermarket chain’s books for the €3.5 million claimed by Farrugia and Mugliett to be reflected.

Moreover, the constitution of debt was signed in front of a notary, with Schembri’s father, Mario, and the manager of More Hamrun, Adrian Agius, who according to Casha had no authority to appear on such a contract.

In another hearing in which More’s financial adviser and accountant, Dennis Francalanza, was questioned, he disputed suggestions that Farrugia – who ran the supermarket’s ‘Sock Corner’ outlet – could have paid 1, €5. million in the business.

He said Schembri “disappeared for a while” in May 2014 in Croatia and Cassar & Schembri Marketing ceased operations. The office was suddenly taken over by Darren Casha, Ray Camilleri and Adrian Agius.

On his return to Malta, Schembri incorporated Erom Trading (“Plus” spelled backwards) and informed Francalanza that Edmond Mugliett would begin to do the company’s accounts.

“On October 17, when we were about to liquidate the Paceville point of sale, a court commissioner presented us with two garnishments, one for €1.5 million from Alex Farrugia, the other of €2 million from Mugliett. We were surprised where these orders came from.

It is unclear what role Adrian Agius played in running the More Hamrun supermarket. Today, Agius is in prison and accused of having ordered the murder of the lawyer Carmel Chircop, who had lent a substantial sum, €750,000, to Ryan Schembri, then director of the company Erom Limited.

Schembri’s business partner Etienne Cassar, along with Adrian Agius – one of the men first arrested by police in December 2017 in connection with the murder of Daphne Caruana Galizia, then released on bail by police – were also among the debtors of the contract. Together, Schembri and Cassar, and Agius, owned shares in another joint company called Interaa Holdings.

Agius’ brother, Robert Agius, is also accused along with Jamie Vella of supplying the bomb used to kill journalist Daphne Caruana Galizia. The information, including that of Chircop’s murder, was provided by one of the triggers, Vince Muscat ‘il-Koħħu’, who witnessed the events.

But before his arrest, Agius appeared in court to be questioned over the alleged €3.5million debt he had signed. Agius had in fact told the court in 2020 that despite being the manager of More’s Hamrun supermarket, he had no effective role in running the outlet. “I trusted Schembri with my eyes closed.”

In his responses to Casha’s attorney, it appeared his knowledge of Schembri’s business or business decisions was deliberately limited. “I passed on my shares to Darren Casha without receiving a dime because until then I had expected those shares to return once things got back on their feet…I just took my word for it from Ryan because I don’t understand anything about supermarkets.. Schembri would run. But I basically worked from Ryan’s office. My office was his and I heard about the things that were going on.

And yet, despite this kind of closeness, Agius claimed he was unaware of Schembri’s bond issue plans with KPMG, but was easily convinced that More Supermarkets owed Schembri €3.5 million. and Mugliett.

“Schembri told me I had to sign as guarantor for their debt. In truth, it didn’t sit well with me…apparently it was money for Ryan for projects he was investing in.

Casha’s lawyer pointed out to Agius that he had been a shareholder since day one of More Supermarkets, but until the shares were transferred to Casha he had no idea about the Mugliett-Farrguia loan.

“Look, I didn’t know because…I just heard them talking in the office. I never cared much about it. My shortcoming really…” answered Agius.

“Maybe Mugliett and Farrugia would be in Ryan’s office, talking about money…don’t you remember that?” Casha’s attorney asked in cross-examination.

“They came to talk to Ryan about the money, but I never gave any notice. I just took care of the laptop (Ifhimni, għaddast rasi fil-laptop tiegħi)… I blindly trusted Ryan. My fault.”

The New Paradigm in Drug Development: Why Platform Technology is the Solution Patients and Payers Need