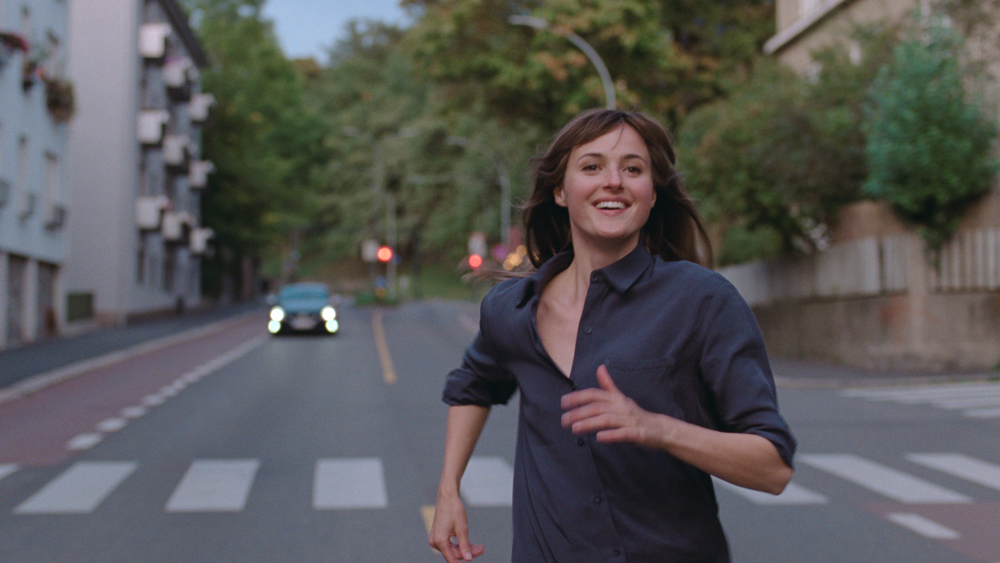 For such a small and sparsely populated region, the Nordics delivered an impressive number of critical darlings from a wide range of filmmakers. Nordic feature films reached an important milestone this year, with three Cannes award-winning films, Valdimar Jóhannsson’s ‘Lamb’, Juho Kuosmanen’s ‘Compartment No. 6’ and Joachim Trier’s ‘The Worst Person in the World’, as well as the documentary “Flee” by Jonas Poher Rasmussen. ”, among the 15 on the shortlist of the Oscars, the last two obtaining several names.

Sundance also hosted a record number of Nordic films, such as Alli Haapasalo’s “Girl Picture,” which won the audience award in the World Dramatic section, while more pictures are in the works at the Berlinale.

For decades Sweden, Denmark and, to a lesser extent, Norway have been considered the main suppliers of internationally successful films with directors such as Lars von Trier, Thomas Vinterberg, Susanne Bier, Roy Andersson, Trier and Ruben Ostlund, winning prizes and other trophies. festivals and award bodies. But in recent years, a host of filmmakers have emerged in Iceland and Finland with fresh voices, bold ideas and technical skills.

“Seeing Nordic filmmakers like Ruben Ostlund and Joachim Trier see their films compete at major festivals and win prestigious awards has inspired a new generation of talent to aim higher, and we can see that ambition reflected in the casting, value of the production and artistic vision of their films”, explains Theo Tsappos, head of festivals at the Swedish Film Institute.

Although grouped into a region, all countries have their own distinct cultures, and their most successful films often stand out for their originality coupled with a strong local flavor.

In an age where audiences are bombarded with content on every screen, these films offer people a glimpse of something or a different place. Emerging filmmakers, for example Jóhannsson with “Lamb”, or Hanna Bergholm with her Sundance premiere “Hatching”, weave in dramatic and genre elements borrowing respectively from folk tales and mythical stories from Iceland and Finland.

“When you’re making a movie, you have to be true to your roots, because if you’re doing something that you’re passionate about, that you want to see, then other people will often be interested,” says Jóhannsson, who was developing ‘Lamb’. for 10 years with Icelandic poet Sjón while working as a crew member and stuntman.

The rookie helmsman faced many rejections when pitching the project, but stuck to his vision.

Daniel Kuitunen, whose Helsinki-based banner Komeetta produces JP Valkeapaa’s “Hit Big” and Bergholm’s forthcoming film, says “these centuries-old folk tales touch on something primitive, they tap into our fears, in the human versus nature conflict, and provide rich storytelling material.

He points out that Nordic films often have sounds and images that tell the story more than dialogue.

Jóhannsson says on “Lamb”, the idea was to have “as little dialogue as possible” and to work on the sound. “Sound is one of the most important things in cinema, it can be fascinating and attract the audience.”

Back in Norway, Trier also aimed for authenticity with his Oslo trilogy, which began with 2006’s ‘Reprise’, continued with 2011’s ‘Oslo, August 31’ and culminated in the romantic drama “The worst person in the world”.

“The light is very special in Oslo and northern Scandinavia…I love that sense of place specificity in the films,” he says. “For a filmmaker, it’s a cinematic gift to have a place that you know intimately, that you can film and show to an audience. Oslo is exactly that for me. Making films for me is a question of memory, space and time.

Another common thread running through these critically acclaimed Scandinavian films is their sophisticated visual style. Many filmmakers script their project, whether it’s a genre film or a drama, and don’t hesitate to use visual effects.

Grants from national film boards in Sweden, Norway, Finland, Iceland and Denmark, as well as regional funds, including Film i Väst, have played a key role in supporting local filmmakers, and these organizations often unite their strengths to support ambitious or daring films.

Tsappos says almost all Nordic films that play at festivals have at least two Scandinavian countries involved in the financing. As for Swedish films, 70% are supported by at least one other Nordic country. International co-productions with non-Scandinavian partners are also increasingly common and have given filmmakers access to a wider range of resources.

‘Lamb’, for example, has received funding from Iceland and Sweden, as well as Poland.

In some cases, film institutes not only support projects but also talents, acting as mentors. In Denmark, for example, a program has just been launched to help promising young filmmakers who have just graduated to develop their first projects.

“Scandinavian films have a certain candor, clarity and originality,” says Annika Sucksdorff, production manager at SF Studios, whose upcoming films include director Bjorn Runge’s romantic drama “Burn All My Letters.” “The funding system has been brave enough to give talent opportunities, and even some pretty weird projects are getting funded and succeeding, which has been encouraging.” Sucksdorff will join Netflix in April.

In addition to these traditional sources of financing, several soft money systems and private investors have emerged in recent years, particularly in Finland. Among them are Aurora Studios, a finance and distribution company launched by Ari Tolppanen, the founder of private equity group CapMan; and Business Finland, a Finnish promotion organization that launched an incentive with an annual budget of around 10 million euros ($11.4 million) for shooting films in Finland.

“We have accelerated the international growth of our film and television sector. Local production companies saw their annual turnover skyrocket by 43% between 2016 and 2019 and we know it is even higher today,” says Hanna Vuorinen, Head of Audiovisual Production Promotion at Business Finland.

She notes that Finland has also produced a string of successful female directors, three of whom had their world premieres at Sundance: Haapasalo, Bergholm and “Tove” director Zaida Bergroth.

“People are surprised to see so many female directors coming out of Finland, but it’s no coincidence. This reflects the fact that Finland ranks as the country with the most political and civil freedom,” says Vuorinen.

Now that local streamers like Viaplay, CMore and Elisa, and global services like HBO Europe and Netflix, are starting to invest more in movies and series, this upward trend is expected to continue in the years to come.

“We believe that we have already consumed all of the American content and that the world is now more open to seeing more particular stories not yet told in other countries and regions, and we are ready to continue this momentum,” adds Vuorinen. .