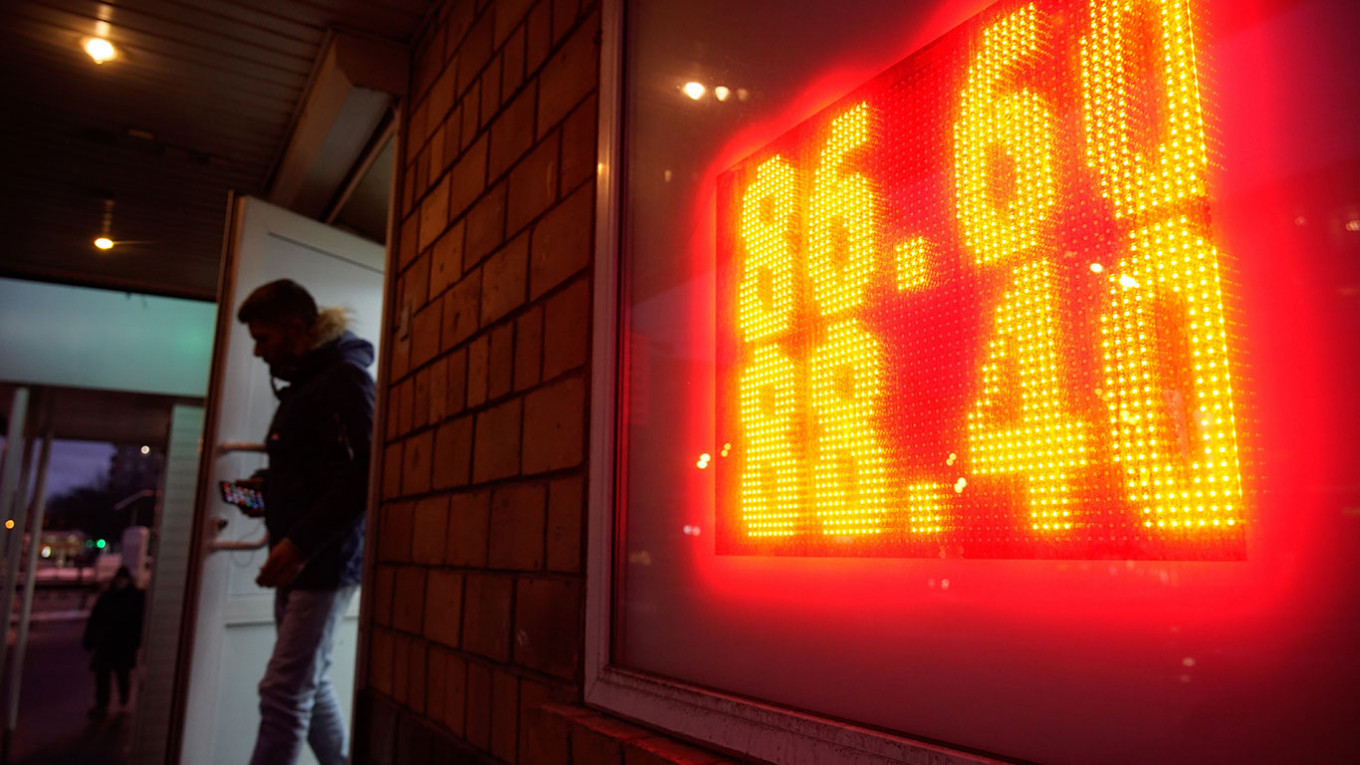 Russian economy on the brink of crisis after attack on Ukraine

The Russian economy risks being plunged into a new economic crisis following Moscow’s decision to launch military action in Ukraine.

The Russian ruble fell 10% to an all-time low against the US dollar and the euro on Thursday morning minutes after Russian President Vladimir Putin announced a “special operation”.

Tough economic sanctions from the West are sure to follow, with US and European leaders holding emergency meetings on Thursday to decide how to respond to what Joe Biden called Moscow’s “blatant aggression”.

Despite months of tension and a significant troop buildup by Russian forces, the prospect of full-scale war was largely dismissed in Moscow until earlier this week, when Putin delivered an angry speech to the nation , undermining Ukraine’s sovereignty and peddling unwarranted claims of “genocide”. ” in Ukraine.

Moscow says its economy is well protected from any Western sanctions and the economic fallout that will follow.

“It will be painful, but we have already been through it,” an economics correspondent said in a state television update on Wednesday, after the first tranche of sanctions was put in place.

The Russian government says it has built up large government reserves – more than $630 billion – which it says will protect the economy from the worst of any economic crisis.

The government runs an annual surplus – meaning it does not need to borrow money in domestic or international markets – and public debt is less than 20% of the country’s GDP.

Russia has also boasted about the success of its import substitution campaign since it annexed Crimea in 2014, mainly pointing to the development of its agricultural industry thanks to the ban on food imports from the EU.

State-owned Sberbank, by far the country’s largest and most important financial institution, issued an upbeat statement on Thursday morning, saying it was “ready for any developments” and had “worked out scenarios to ensure the protection of our resources, assets and interests of customers.

This balance sheet – nicknamed “Fortress Russia” – is regularly singled out as a source of protection.

But analysts aren’t convinced that would be enough in the face of a likely unprecedented Western response, pointing to both damaging short- and long-term consequences.

“Given the seriousness of the Russian actions, we expect Western policymakers to go beyond their worst-case scenario plans, which puts Russia’s expulsion from the SWIFT financial messaging system at stake. Nord Stream 2 pipeline will be shelved indefinitely,” said Henry Rome of Eurasia Group.

Cut off from the global economy

Several large state-owned banks are likely to be sanctioned, cutting them off from the global economy. Washington and Brussels have also previously highlighted the possibility of blocking technology exports to Russia – a move that would inflict serious shame on public and private companies in the country that remain heavily dependent on Western hardware and software to power their operations.

Despite Moscow’s high-profile de-dollarization campaign in recent years – in anticipation of potential currency transaction freezes – more than half of Russian exports are still denominated in dollars, according to statistics cited by the Institute of Transition Economies of the Bank of Finland. (BOFIT). A further 30% is denominated in euros, as Russia’s economic partners – mainly buyers of oil and gas – have rejected the idea of ​​switching to Russian currency.

This leaves the Russian economy still heavily exposed to Western sanctions that target its ability to cope with the global economy.

At home, a collapsing ruble will put even more pressure on an already struggling economy. Inflation is at its highest level in six years at 8.7% and household finances are in worse shape than a decade ago. A recent survey by a public polling institute found that nearly two-thirds of Russian families said they had no savings.

The devaluation of the ruble will only deepen the crisis in living standards, driving up prices, perhaps dramatically. According to a study, imported goods represent about 75% of the products and ingredients used in the manufacture of everyday products and foods sold in Russia.

This dynamic will force the Central Bank into a familiar dilemma: bring inflation down without dragging down the broader economy. Analysts expect him to prioritize the former, like in 2014, when Russia’s economy faced a tough economic crisis following the annexation of Crimea and a slump in global oil prices. .

The regulator intervened on Thursday morning to try to support the flagging currency and revive liquidity in the banking sector.

Interest rates are currently at 9.5% and were already expected to rise to 11% or more in the coming weeks. Higher borrowing costs will inevitably hurt Russian businesses and consumers, many of whom are heavily indebted after a decade of economic stagnation.

Scope Ratings analyst Levon Kameryan said the escalating conflict could also lead to capital flight, as Russians seek to protect their savings and assets from the impending economic crisis.

The main unknown in terms of the magnitude of an economic hit is energy flows, Kameryan added. Nearly two-thirds of Russia’s natural gas exports go to Europe and around half of its global oil sales – huge revenue streams that have funded Moscow’s weather-proof “Russian fortress”. sanctions in recent years.

Germany said on Wednesday it had enough energy in storage to survive the winter if Russian flows were disrupted. There is little talk for now of Europe’s decision to stop buying Russian energy, but there are fears that Russia will turn off the taps or try to squeeze Europe in response to any set of sanctions – especially since Putin has repeatedly shown that the national economy comes second to foreign policy in terms of priorities.

Energy exports from Russia to Europe amount to 90 billion euros per year, according to Scope Ratings. Whether or not Russia decides to disrupt flows – and incur a loss of revenue – the latest action will only intensify Europe’s long-term decision to reduce its dependence on Russian oil and gas, said the analysts.