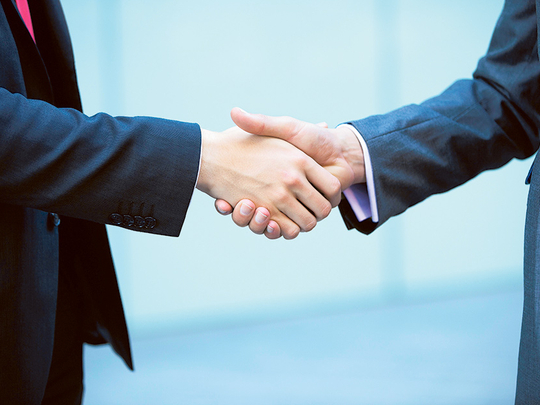 As we emerge from the pandemic-induced recession and seek to revive growth, we see governments relying in part on proven stimuli for their economies. Although economic credibility may be questioned by some, governments are starting to roll out broad infrastructure development policies to sustain and emerge from the large GDP contractions seen in 2020.

When looking at the GCC, there is a strong need to correct local economies and continue to promote non-oil activity for GDP growth. In many ways, the recession represents an opportunity to make a further correction in the non-oil sector by focusing the attention of policymakers. The oil sector may see a recovery based on a further rise in global demand.

The point is that real estate and construction are major contributors to GDP in the largest GCC countries and account for a significant proportion of the population and wages paid in those states, along with a pipeline of projects of 1.9 trillion dollars expected. In the United Arab Emirates, which experienced a 6.1% contraction of GDP in 2020 and a 4.8% drop in construction contribution, industry accounts for 8.1% of GDP.

As such, GDP is expected to start growing and is expected to pick up in 2021 at 3.1% and with a continuation of 2.6% per year until 2026. In Saudi Arabia, the impact on the economy in 2020 was slightly lower, although still significant, with a contraction of 4.1%, with growth expected to be 2.9% in 2021, 4.3% in 2022 and 3.3% in 2023, and construction contributing to 6.2% of GDP, although it increased in Q1-2021 to 6.4%. Considering the programs across the Kingdom, this will maintain a significant CAGR (Compound Annual Growth Rate) as we see large works programs reaching construction.

The question is, how do you embark on major infrastructure plans when the debt-to-GDP ratio has risen dramatically in 2020? The UAE’s debt-to-GDP ratio fell from 26.8% to 38.3% at the start of 2021 (mainly due to the stimulus package of 395 billion dirhams – or 31% of GDP -) and the debt ratio / Saudi GDP of 22.8%. at 32.7% at the start of 2021. Although still low by international standards, the main GCC countries have always been cautious in their borrowing.

There are obviously direct investments in infrastructure through wealth levies (by ADIA, Mubadala, ADQ and PIF in Saudi Arabia) and traditional bond issues and loans. But the pandemic presented a golden opportunity to effectively implement PPPs (public-private partnerships) as a means of keeping states’ balance sheets healthier and to engage the private sector in further expanding the non-oil sector in the country. the region.

In the United Arab Emirates, laws enabling the implementation of PPPs were passed in 2015 in Dubai and in 2017 at the federal level, which were officially rolled out in 2019 and an advisory book published in 2020. In Saudi Arabia, it now exists a PPP office to allow the continued deployment of such projects.

The Kingdom and the United Arab Emirates have already engaged in a variety of alternative financing options in the electricity and water sector, through Independent Water Projects (IWP), Independent Water Projects electricity (IPP) and independent water and power projects (IWPP), as well as in the renewable energy sector. However, in recent years there have been developments in new sectors.

This can be seen with Medina Airport in the Kingdom, which was the first full PPP airport in the GCC, and with Tatweer awarding its first phase of schools to a private consortium. We also see in Abu Dhabi that the schools PPP program is now underway with the first project in the market right now.

It is clear that the commitment to pushing PPPs forward has started to gain traction. We see that Saudi Arabia has a pipeline of some 142 projects worth around $ 45 billion in the pipeline or in the pipeline, while the UAE has 89 known projects with a combined value of $ 22 billion. dollars. We even see Qatar enacting a PPP law in May 2020 with a small pipeline of some 28 electricity, water and schools projects worth $ 1 billion. Indeed, Oman is also involved in 28 ongoing or ongoing projects in the PPP sector.

Ways to get funds

So the next question is how to put this investment on the ground? Saudi Arabia has already committed SR 99 billion in 2021 to infrastructure development at a direct financing level, which is the traditional route in the region.

A multitude of options are available to regional governments. What works in each state is the key. There are significant challenges in the region to engage, administer and implement PPP models. The policy change has begun, but it will take time to change and effectively implement and engage the international experience at the level required by the visions of nations.

Areas that need to be addressed to ensure delivery is met include:

With the parameters for approaching delivery under the leadership of the PPP office in Saudi Arabia and the UAE Ministry of Finance, the policy changes are clear. But time and education are the two essential factors in the implementation.

If we note another example of policy change, nationalization programs in the GCC have now had some significant successes. However, this process has taken several years to bear fruit, so even if the opportunity is great, obtaining a critical mass of devices in the field may prove to be an ambition in the longer term.

Is Public Debt Good or Bad for Zim?