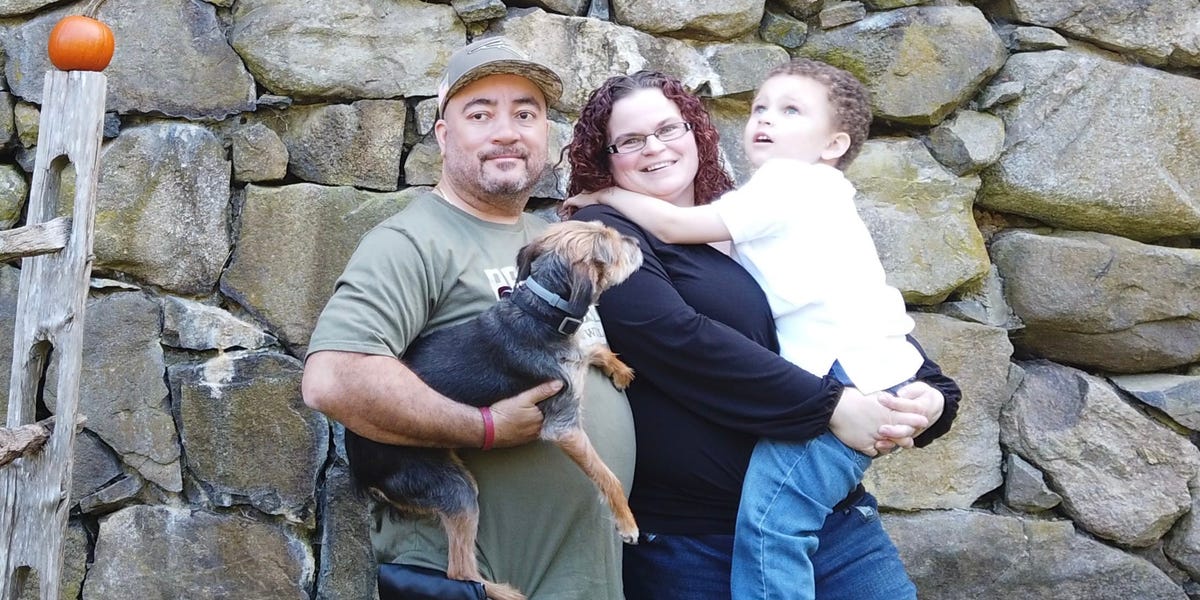 Linda Vick, 39, has struggled to balance work and raising her five-year-old son, who has autism, over the past few years.

“The reason I only work part-time is because we can’t have childcare,” she told Insider. “There are no after school programs…there is no list of babysitters here who know how to work with children with special needs, if there is an after school program , it’s like a 6 month waiting list.”

Vick was laid off from her job as a mail clerk at Boston College this summer, where her husband currently works in housekeeping. Even when she was still working, Vick’s family faced a trap: working meant she wasn’t there to care for her son, and not working meant she couldn’t afford him. provide the specialized care he needed. Her husband, Jeffrey, works full time.

But her family’s problems have changed since she lost her job last month.

“I have to cancel all my son’s activities like adaptive gymnastics and all other programs he attends that we have to pay for,” she said. “Also, grocery shopping is a struggle on one income.”

Vick’s $77,000 in student loans adds to her family’s troubles, an amount that Insider verified via documents. When Vick graduated from the University of Phoenix in 2011 with a business degree, she owed nearly $70,000 and struggled to pay interest over the years to make up for the growing balance. Her husband earns about $32,000 a year in net pay, which Insider verified via pay stubs, and Vick receives about $800 a month on unemployment.

In April, President Biden announced $7 billion in student loan relief for 350,000 student borrowers with total and permanent disabilities, but Vick said the relief should also extend to caregivers of people with disabilities. .

“We can’t buy a house because of the debt I owe,” she said, adding that her son “would need a fenced yard to play outside because he might run away. It prevents us financially to be a good family – I can’t buy a house, I can’t get a loan, I can’t do a master’s when he’s older… it prevents me from continuing my life if I want.

Vick isn’t alone as a University of Phoenix grad in debt years after graduating. For-profit institutions like Phoenix have been criticized for decades for allegations of misleading students about their future earning potential, engaging in aggressive recruiting tactics and pushing many into debt while that was not the best option for them.

A few years ago, Vick called for an income-based repayment plan, which is theoretically tailored to what a debtor can afford to pay based on their income, a system that often doesn’t work in practice.

“They want you to basically pay a month’s salary in a month, and that was out of the question, so I had to keep deferring,” she said. “We earn enough to survive and pay the bills and that’s it.”

Vick worked at a company for years after graduating, thinking a business degree would propel her through the ranks of her industry. (Vick declined to disclose which company she worked for.) She said she eventually quit her job because she disagreed with her employer’s business practices and ended up working at the post office, where she remained until she had her son in 2017. She and her husband later started a vaping business, which was shut down after Massachusetts temporarily banned the sale of vaping products. vaping in 2019.

Vick and her husband filed for bankruptcy in 2019, which her school loans were not one of. Paying off student loans through bankruptcy is possible, but difficult.

“A lawyer to help you declare bankruptcy for school loans is very expensive,” Vick said. “If I could afford a lawyer, I would pay off my school loans.”

And caring for her son became a full-time job: He was diagnosed with autism when he was almost 2, and Vick said everything changed for her after that. Doctors told him he needed home services, group therapy and specialist care, which took up a lot of his family’s time.

Vick said time-consuming and expensive parenting a disabled child makes it impossible to deal with her student debt – and should make her eligible for some kind of relief.

“They have a program where they forgive people with disabilities, but not their parents,” she said. “Their parents must be able to take care of them.”

Airdrie House and Home: how interest rates will affect the housing market