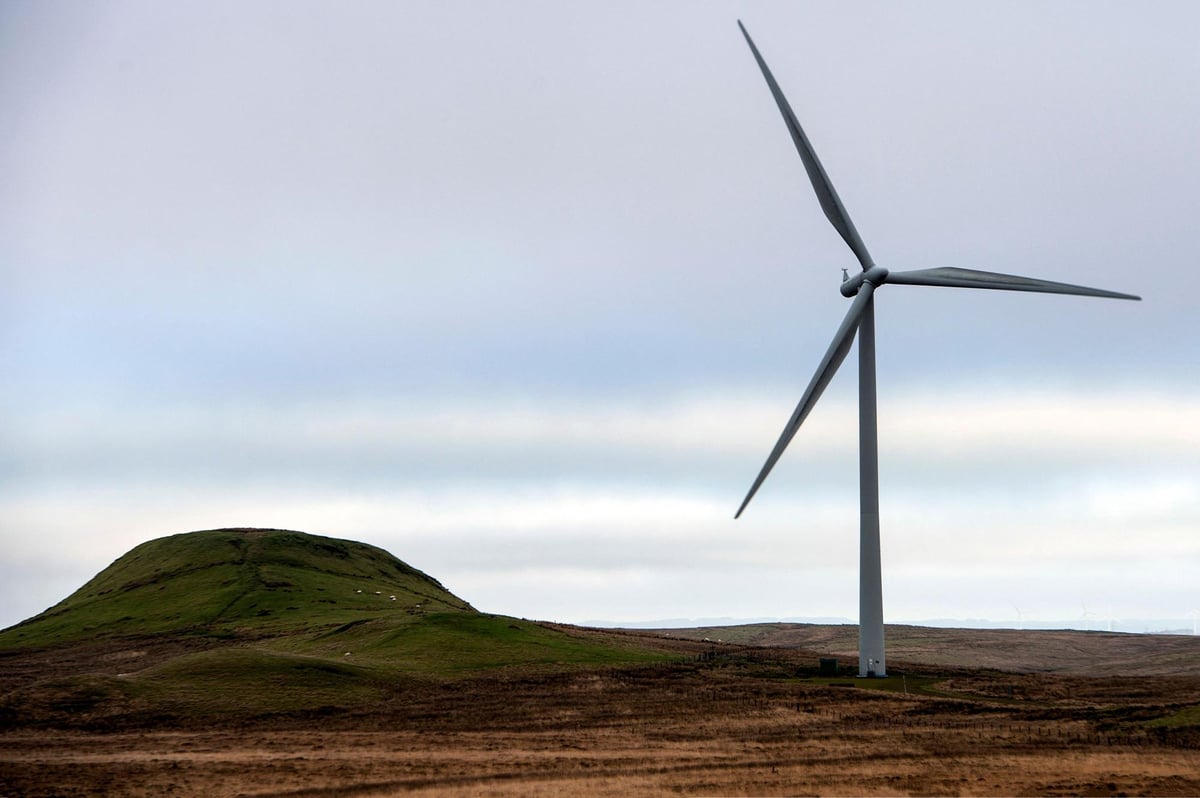 Letters to the readers: Independence would solve the country’s fuel crisis

Due to successive UK governments’ failures on energy policy, the Scottish Government’s budget is also under strain, as this year’s block grant was set by Westminster long before Tory cost-of-living inflation comes into effect and by law our government must balance its books every year with tiny borrowing powers.

The SNP’s provision of free childcare, free school meals and the Children’s Payment of £20 a week per child, lifting tens of thousands out of poverty, is unmatched in the UK , while public sector workers in Scotland are already better paid. than their counterparts elsewhere.

The question that seems to be ignored by British politicians is why those who live or run businesses in energy-rich Scotland face the highest fuel bills in Europe and higher daily charges than the rest of the world. UK. Scotland supplies around 90% of the oil and gas extracted in the UK and 60% of the UK’s onshore wind power. We have 25% of Europe’s total offshore wind and tidal resources and 10% of Europe’s wave potential

Renewables are by far the cheapest form of energy and Scotland generated over 97% of its electricity needs from renewables in 2020. The cost of onshore wind generation is falling significantly, but our energy bills continue to rise.

With independence, all of our energy needs could be met by renewables, and today’s horrific price hikes would be a thing of the past.

I was fishing this week at Cobbinshaw Reservoir, which is the compensation reservoir for the Union Canal. It is located just south of West Calder. As we approached we could see the wind farm with six turbines just south of Pates Hill and we could also see new turbines being installed just to the west.

These new turbines are presumably the ones that are going to be so much larger that the A71 roundabouts had to be flattened on one side to allow the new, longer turbine blades to pass through them.

I imagine most people who live in this area have no idea how many wind farms there are, and one wonders why our energy bills are rising at such an alarming rate.

The case for Scotland becoming independent from the UK is getting more outlandish by the hour. The minority SNP administration has singularly failed to come up with acceptable answers as to how the Scottish economy would perform without the huge level of support currently being received generally from the Exchequer in Westminster – or more specifically from the mechanism of the Barnett formula.

Furthermore, they offer no credible explanation as to what they would create to replace the Bank of England or the pound sterling in their fantasy world of Scottish independence.

Furthermore, it is a fact that most, if not all, of our local banks such as RBS and Bank of Scotland are now subsidiaries of London-based banks. Surely, even for the most ardent followers of the SNP, this must pose enormous problems?

In fact, it’s really quite difficult to give them credit for success in any of the major areas of government – be it in health, education, police, public transport, welfare, authorities local, etc.

Their most recent madness, in an already long list of disasters, is what can only be described as a very amateurish attempt to create a foreign ministry. So far they have inexpensively established about 8 or 9 Scottish Embassy/Consulate type ‘pretenders’ in selected countries.

The folks at the Foreign Office in London must be laughing out loud at this latest wacky move by the SNP to emulate their office.

What please can we ordinary voters expect to hear about the fantastical world of Holyrood ‘amusement park’?

The SNP distributes a leaflet to households in Scotland entitled ‘The new case of independence… the facts’. He says, “The evidence shows that independence works”. Other than comparing Scotland to other “small” countries, they provide absolutely no evidence that Scottish independence will work. This SNP “government” will not provide the “people of Scotland” with the economic and financial facts and figures that prove independence will be a success for Scotland.

The brochure also states: ‘Scotland could and should do so much better’. So “could” do much better, and indeed, Nicola Sturgeon recently declared of independence, “there is no guarantee of success”. She adds that Scots could be “wealthier, happier, fairer”. What did she and her party do for 15 years? It defies belief.

If Edinburgh councilors wish to apologize for the city’s involvement in the slave trade, they may do so (your report, August 31). However, as Professor Sir Geoff Palmer’s report stated, “These events happened a long time ago, in a different world” and the current obsession with slavery is distracting from today’s racial issues. today.

On the same page there was a report of how a 48-year-old man made a very offensive racist gesture towards a 13-year-old boy playing in a youth football match in Edinburgh, and it’s no surprise that the boy was reduced to tears.

Turning the page was a report of rapper Takayo Nembhard’s shocking stabbing at the Notting Hill Carnival.

I’m all for a museum about Scotland’s involvement in the slave trade, but slavery was abolished in the British Empire in 1833. Instead of going over and over something that’s been gone since long in history, we need to address the unacceptable racist abuses and racist crimes that are happening today in our supposedly more enlightened world.

There should be no surprise in fears that the two CalMac ferries being built at Ferguson Marine in Port Glasgow are likely to be subject to further delays in completion. The whole thing was an absolute disaster from the start due to incompetence from the top of the political ladder down to the shop floor. If our political leaders were to answer to a board of directors, they would be looking for new jobs a long time ago and yet they are still in power away from the public purse.

Anyone can guess how long this prank will last or how much it will ultimately cost the taxpayer for two ships that are quickly becoming white elephants. With the onset of a cost of living crisis, couldn’t the money lavished on these shacks have been better spent?

Murdo Fraser’s accusation that the Scottish government is “straying from the sidelines” is somewhat dishonest to say the least (Perspective, August 31). Shooting from behind the scenes seems to be his specialty! As a Christian this is not a popular position to adhere to at present, I believe he means well. But perhaps he has lost touch with the New Testament concept of grace in its increasingly frank meanderings?

Almost 30 years ago, former President Mikhail Gorbachev delivered one in the Lothian European Lecture Series, sponsored by the then Lothian Regional Council, addressing a packed and grateful McEwan Hall. People unable to secure a seat huddled around the entrances, and spotting people smiling and waving outside, Mr. Gorbachev paused briefly in the ceremonial procession leading him to the hall and waved at those who were outside to enter.

Although it was not possible, those who witnessed his generosity and charm will remember it as vividly as those inside remember the grand occasion itself.

The event was chaired, also with charm and humour, by Sir Edward Heath. No friend of Mrs. Thatcher, the former prime minister, had in fact ever met the Russian president whom Margaret Thatcher had said “you could do business with”.

This slight was undoubtedly on Sir Edward’s mind as he answered questions from the audience, one of which was posed by a young schoolgirl. Congratulating her on her question and wishing her luck with her future, and possibly a political career, Sir Edward nevertheless sympathized sadly with her for the sad fact that there was absolutely no chance of her getting the highest function as another female Prime Minister.

MacEwan Hall got the joke and roared his approval with thunderous applause.

Thirty years is a very long generation in Conservative politics. The latest revolving door spin of fallen Conservative leaders and leadership elections is proving not so “strong and stable” after all, and not “better together” even unopposed. Sir Edward’s favorite epithet, as a determined European, might have been ‘pride’.

Your thoughts are welcome. Write to [email protected] including name, address and telephone number – we will not print all the details. Keep letters under 300 words, with no attachments, and avoid “letters to the editor/readers” or the like in your subject line. Do not send letters submitted elsewhere. If you refer to an article, include the date, page number and title.