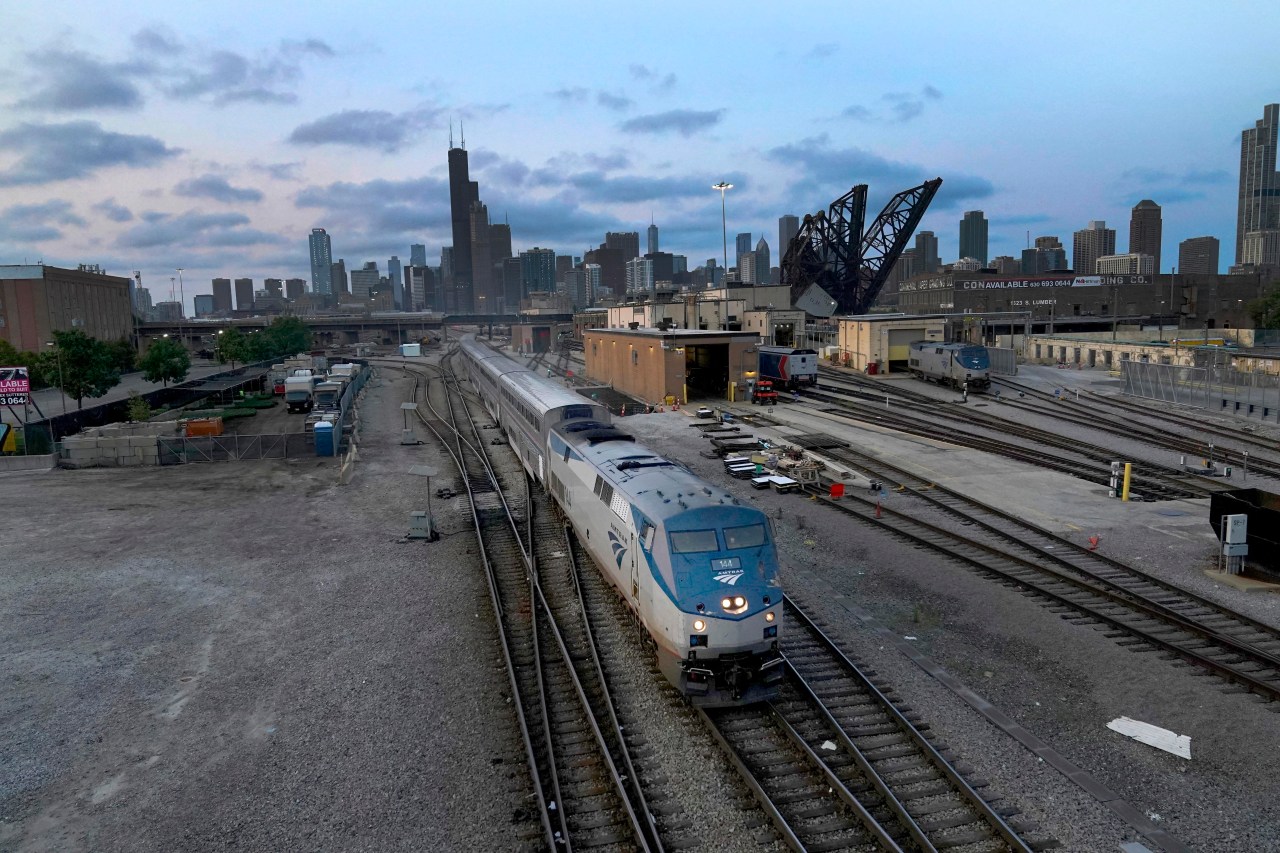 Five things to know about the rail deal

The Biden administration narrowly averted an infrastructure calamity on Thursday by brokering a tentative contract agreement between the railroads and their workers, keeping the national rail system intact.

The breakthrough comes after years of contentious negotiations and just before nearly 125,000 railway workers went on strike as early as Friday. The workers will now vote on whether or not to ratify the contract.

Here are five things to know about the rail deal:

The contract would allow workers to take time off for medical appointments or other scheduled events without being penalized by the railroad’s attendance policies, a key sticking point in negotiations. Workers complained that they often face barriers to taking even unpaid leave for any reason.

It would require two-person crews, another victory for workers who have warned of the dangerous consequences of forcing workers to operate trains solo.

“We listened when our members told us that a final deal would require improvements to their quality of life as well as economic gains,” the Brotherhood of Locomotive Engineers and Officers and Transportation Division SMART said in a statement. .

Workers would receive 24% raises over five years, back pay and cash bonuses. Those conditions are largely unchanged from recommendations issued by a White House-appointed board last month.

The contract dispute is not over yet

Railroad workers will soon vote on the tentative agreement, and if either union rejects it, the nation will brace for a railroad strike once again.

The workers had largely opposed the contractual recommendations of the presidential council, which ignored their demands for improved quality of life and working conditions.

A recent SMART Transportation Division survey found that 78% of union railroaders would have rejected the contract. Another survey by grassroots group Railroad Workers United found that 9 out of 10 railroad workers opposed it.

The International Association of Machinists and Aerospace Workers said Wednesday its 4,900 railroad workers voted to reject the Biden administration’s board-appointed contract. He postponed a strike until September 29 to allow more time for negotiations.

It’s unclear whether the revamped contract announced on Thursday does enough to win over workers, who have been eagerly awaiting specific terms of the deal.

A strike would devastate the US economy

A walkout would shut down the nation’s rail network, which carries nearly a third of all freight shipments, bringing large swathes of the U.S. economy to a halt.

A shutdown would also wreak havoc on supply chains as containers piled up at ports.

It would cost the economy $2 billion a day, according to estimates by the Association of American Railroads. Another estimate from the Michigan-based Anderson Economic Group found it would cost consumers significantly less: $60 million on day one and $90 million on day two.

Some railroads began limiting the movement of perishables and fertilizers this week ahead of a strike, shaking the U.S. agriculture industry, which has called on lawmakers to resolve the strike threat as soon as possible.

In response to Thursday’s agreement, Amtrak said Thursday it would reinstate long distance lines it had suspended this week.

The Biden administration intervened in a last-ditch effort

Labor Secretary Marty Walsh joined union and railroad negotiators for more than 20 straight hours to help broker a compromise, while President Biden also personally weighed in on the talks.

Biden wanted to avoid massive economic disruption just before November’s midterms and the holiday shopping season. For weeks, the White House has urged both sides to compromise in the interest of the national economy, which is still struggling with runaway inflation.

“It’s a lot for both parties, in my opinion,” Biden said Thursday.

This week, Congress was preparing to step in and use its authority to block the strike, but lawmakers were divided on how to intervene.

GOP senators pushed Wednesday for a bill requiring unions to agree to terms set out by the presidential council, but Democrats blocked the resolution, arguing that negotiators should be on hold until Friday’s deadline for come to an agreement.

Speaker Nancy Pelosi (D-California) said Thursday that Democrats on the House Transportation and Infrastructure Committee are prepared to propose legislation to prevent a railroad from closing if negotiations collapse.

“Fortunately, this action may not be necessary,” Pelosi said in a statement.

If workers from one of the railroad unions vote to reject the tentative agreement, the issue could come back to Congress.

Is CEAT (NSE: CEATLTD) using too much debt?