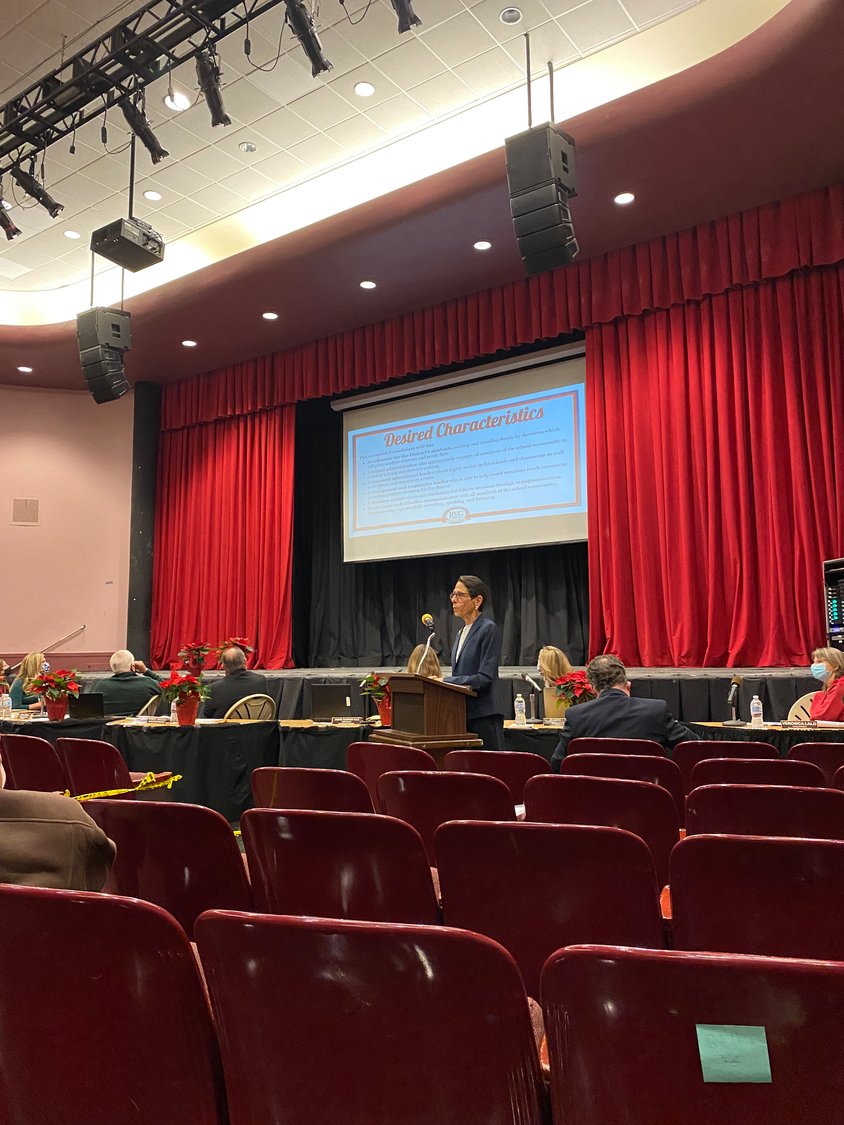 Last Thursday, at a controversial Rockville Center board meeting, residents were briefed on the timeline for the search for a new superintendent led by representatives from School Leadership LLC. The board adopted the specifications recommended by the school administration based on community feedback from forums, focus groups and questionnaires.

Dr Kathy Weiss and Dr Frank Chiachiere returned to the South Side High School auditorium after leading forums there on November 1-8, outlining the roadmap for June Chang’s successor. At the beginning of January, the school administration will begin to advertise the position based on the qualities accepted by the board. At the end of January, the cabinet will begin to shortlist the candidates. Around mid-March, the process should begin the review phase as the field narrows to between five and eight semi-finalists. In late March or early April, the last two to four candidates will be interviewed, before a decision is made in May.

Desired qualities listed by Weiss’ PowerPoint included: being a community advocate and standing firm in decisions, engaging with all members of the school community, being a highly visible education visionary, an articulate communicator, and a transparent and responsible leader, among others.

Although the school administration provides recommendations, the board will make the final decision.

Weiss said all district stakeholders were involved in the research to decide on the characteristics desired in a superintendent, including community members without children in schools and high school and college students.

After Weiss finished his presentation, a parent read a letter sent to the board by RVC’s Diversity and Inclusion Council. â€œWhile we agree on a lot of things, we also want to clarify some differences of opinion on what actions our new superintendent and our schools should take,â€ the letter said. “We would like to remind the board that any element of the program should be age-appropriate, factual, free from political agenda and bias, and should not be rooted in theories underlying critical theory. of race. ”

The letter also called on the superintendent and the board to continue anti-bias training for the school’s faculty.

Another parent retorted that “if the goal of the board is to eliminate discrimination against everyone within the school community, then it must recognize that many of the so-called anti-bias training courses would be ineffective and would promote discriminates â€.

Government borrowing doubles because of pandemic