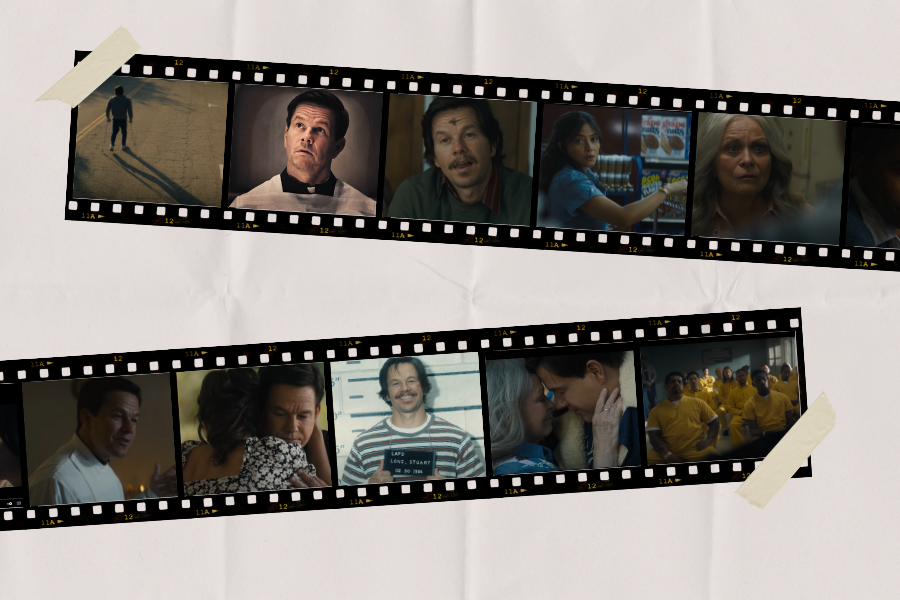 “Father Stu” is unlike any other religious film I have ever seen. The film’s protagonist, Stuart Long (Mark Wahlberg), fights in a bar, drives under the influence and beats up seminarians. He is stopped an hour after the start of the film.

This film shows us the brokenness of humanity from the start. We quickly learn that the loss of his younger brother and abandonment by his alcoholic father (Mel Gibson) has scarred Long since he was a child.

Long begins to attend church regularly after falling in love with a Catholic (Teresa Ruiz). But it is only after surviving a terrible motorcycle accident that he dedicates his life to God. He decides to become a Catholic priest, and even after a debilitating illness keeps him from doing so, Long’s determination to achieve his goal and his devotion to God keep him going.

After watching “Father Stu,” it’s easy to see why Wahlberg called the movie his passion project. The story is based on the life of boxer-turned-priest Stuart Long, who died aged 50 and had a troubled past before becoming a believer. Wahlberg’s own journey to a life of faith parallels that of his character and elevates the film.

“No one wants to hear the gospel from a gangster,” said a seminarian in Long. Long responds, “Maybe that’s just what they need.”

This approach is what makes Stuart Long so special. He’s a flawed person, like everyone else, but he accepts his failures. Unlike some people of faith, Long was slow to condemn others for their sins because of his own past and lived experience.

“We’ve all been wronged, and we’ve all done wrong,” Long said in his first sermon. “But (Jesus) came to forgive us.”

As a fellow seminarian makes a racist implication and pretentiously preaches to prison inmates, Long connects with them through a brutally honest yet empathetic approach, urging them that it’s not too late to turn their lives around.

What’s refreshing about this film is its empowerment of progressive Christianity. Dialogues such as “God gave us a sense of humor, we use it”, “Sex is a gift from God” and “To deny it is to deny something He wanted us to have” , illustrate the contrast between the film’s approach and more rigid portrayals of faith. In doing so, he embodies the emphasis on love and inclusion at the heart of Christianity.

Wahlberg’s charm, wit, and dry humor shine through whether he’s smiling playfully in a mug shot, “borrowing” his father’s truck, or even laughing in the midst of tragedy.

His parents, played by Oscar winner Mel Gibson and Oscar nominee Jacki Weaver, create a compelling momentum by challenging their son’s religion, which leads to Long doubling down on his unwavering faith.

While attending two pre-screenings of the film in Chicago, I heard onlookers laughing hysterically one minute and sobbing the next. I witnessed the emotional impact this story had on people and I could feel how many lives the real Long touched.

I saw the broken, belligerent boxer – with all of his trauma, grief and pain – transform into a living embodiment of love and grace.

Wahlberg delivers an emotional and heartfelt performance, perhaps the best of his career, adding nuance to the film like no one else could.

“Father Stu” is a film for believers and non-believers. It’s a true story that will move people. It’s an outrageously funny, heartfelt and uplifting drama about the redemptive transformation of one man’s soul through the grace of God and the power of faith.

“Life is going to give you plenty to be angry about,” a Jesus-like man tells Stu in a bar. “You only need one to be grateful.”

— Reel Thoughts: ‘Dune’ Is Definitely The Power Of Sand, But Does It Matter To Hollywood?