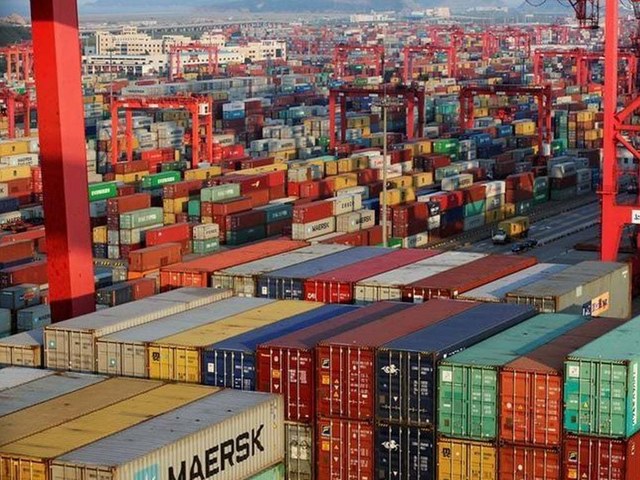 Economic experts called for a pragmatic but ambitious industrial policy as a need of the hour for Pakistan’s economic growth as they shared their views in an online session hosted by the Institute for Policy Reforms (IPR) on “Role of the State in Economic Development” on Saturday.

IPR is an independent think tank established to support policy making in Pakistan.

Former Federal Minister and CEO of IPR IPR Humayun Akhtar Khan, in his opening remarks, said that over the past 25 years, Pakistan has borrowed excessively from abroad to meet all kinds of external deficits.

“We borrow to meet the foreign exchange needs of imports, to cover current expenses, and only a third of what we borrow is for development spending – which is why Pakistan’s external debt has continued to grow,” he said. he declared.

The former minister stressed the need to increase exports and create jobs for the large number of young people entering the labor market.

“We believe that the state must play its role in achieving these goals. At a bare minimum, it must ensure critical investments in the structure that the private sector needs. Labor productivity is also low, so the state must invest in the Pakistani people ”,

“There is little to no product innovation in Pakistan,” he said, citing it as the main reason why the country’s exports have not increased.

He said that in the late 1950s South Korea’s exports were commodities, but currently the country’s main exports are cellphones, semiconductors and other technologies. “Pakistan, unfortunately, is stuck in the fundamental stages of economic development with textile exports,” he said.

Shedding light on the role of state-owned enterprises (SOEs), the scholar shared the example of the United States, saying that through their military, they have continued to create major inventions such as computers, the Internet and the system. GPS. “Without funding for military research, there would have been no Apple, no Intel, no Silicon Valley,” he said.

Ha-Joon said that in order to achieve growth, productivity must be improved, which can only be achieved by developing individual and collective production capacities.

He added that countries need to provide protection and nurture businesses from an early age. “However, we also have to invest in better technologies, train their workers to develop their own technologies.”

The Cambridge scholar believed that the government’s industrial policy should be both ambitious and pragmatic. “Every country, including Pakistan, should develop it on the basis of its strengths,” he said, as there is no one model.

Meanwhile, Federal Planning, Development and Special Initiatives Minister Asad Umar echoed similar views saying that what works for one country doesn’t necessarily mean it will work for another country. He also underlined the role of public enterprises.

“I have been of the opinion, based on observations in Pakistan and around the world, that this mantra which has become very popular in Pakistan – the government has nothing to do with business – is a beautiful catchy line, but is not necessarily true. . I believe that state-owned enterprises can play a vital role in Pakistan’s economy, ”he said.

Citing the example of large global state-owned companies, Umar said companies like Saudi Aramco, Petrobras and ADNOC are state-owned and currently dominate the global energy landscape. He added that a large number of Chinese companies in the Fortune Global 500 are state-owned.

Giving his take on the private investment scenario in the country, Umar said investors do not invest in companies where there is significant risk in Pakistan. “In Pakistan, a large part of private sector investment has gone to independent power producers (IPPs). The investments were literally like a corporate bond with predetermined payoffs and virtually no risk.

Umar added that there are very few Pakistani brands that resonate outside the country.

The Federal Minister pointed out that the 1960s era in Pakistan saw more industrial growth than any other era, and one of the most critical things was the role of the Pakistan Industrial Development Corporation (PIDC). “It created organizations and came out,” he said.

Responding to a question of whether authoritarian governments perform better than democratic governments in implementing industrial policy, Umar said that the two neighbors, India and Bangladesh, have been successful in being democratic states on economically.

“I think Pakistan should be run as a decentralized state – there are no two ways to do it. For example, to turn the situation around in Karachi, you need to have a system of local government in place not only in Karachi but in all major cities in Pakistan.

He underlined the strengthening of the Economic Council and the Council of Common Interest. “These two organizations provide a platform for the devolution of power in Pakistan to work,” he added.