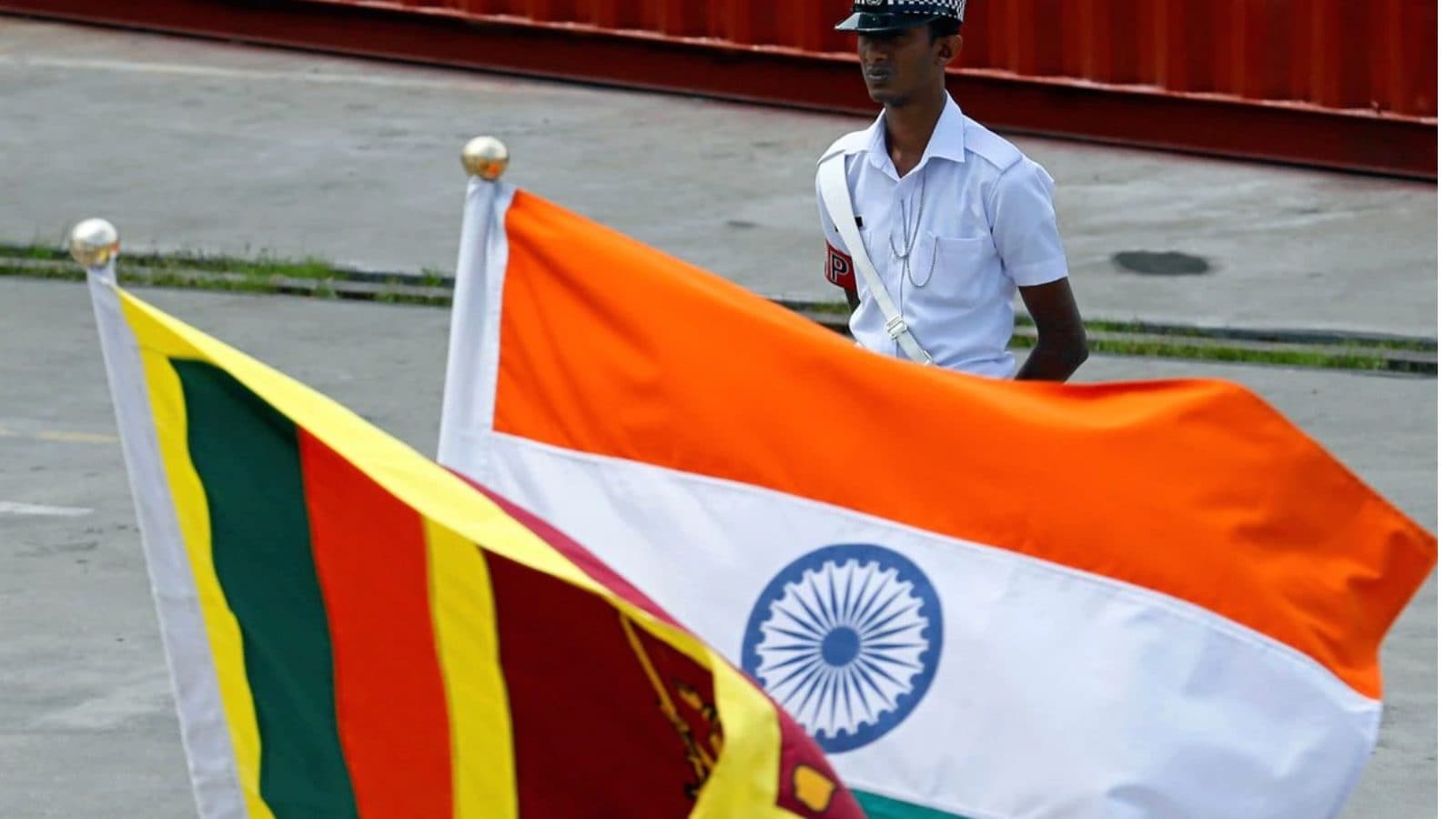 China is gone, the West falls short as India stands alongside Sri Lanka in its darkest hours

While China and the West pay lip service to the crisis-ridden island nation, Sri Lanka finds itself receiving concrete financial support only from India. As foreign investment dried up, India became the top lender to Sri Lanka, with aid worth $3.8 billion during this financial crisis in Sri Lanka. Meanwhile, aid from China or even the West, whose investments in Sri Lanka now account for a large part of Sri Lanka’s external debt burden, dwarfs the timely credit granted by India to Sri Lanka to pull it out of the crippling balance of payments crisis that has plunged the entire nation into financial chaos and political chaos.

Chinese predatory lending has been widely discussed in the context of Sri Lanka’s troubles today, but that’s only part of the picture. While unfavorable Chinese loans, accounting for 10% of Sri Lanka’s external debt, have contributed to white elephants and strategic compromises like the Port of Hambantota, Colombo’s experience with Western lenders has also not been rosy. . Reckless market borrowing and nearly 16 conditional bailouts from the International Monetary Fund (IMF) in previous balance of payments crises have also played a role in the long-term inability of the Sri Lankan economy. All of this was obviously not possible without the once powerful Rajapaksas who indulged in international sovereign obligations as if there was no tomorrow. ISBs, which are debt instruments in the capital market and have imposed unfavorable rates above 6%, have burned a hole in Sri Lanka’s coffers. Colombo has also agreed to repay them over short periods of 5 to 10 years. In the 15 years since Mahinda Rajapaksa became prime minister and was on the verge of becoming president for an entire decade, Sri Lanka’s market borrowing has risen from 2.5% in 2005 to 56% of its total external debt in 2019.

Read also : Why a stable, progressive and peaceful Sri Lanka is in India’s national security interest

2019 was the same year his brother Gotabaya Rajapaksa was elected president, marking the return of the powerful Rajapaksas. But the mighty can also fall, and they did. President Gotabaya, along with three of his brothers and two nephews in the cabinet, drove the nation off a cliff of mounting debt and landed directly in a sea of ​​angry Sri Lankans on the streets to deliver public retribution. They invaded the presidential palace, torched the private residences of political leaders and sent the president away in a breathtaking show of cowardice. Gotabaya Rajapaksa was quick to leave his country and find a safe haven abroad, but China had long since abandoned the Rajapaksas, and indeed, the idea of ​​bailing out the island nation. Meanwhile, the United States denied Gotabaya a visa, India ignored him, the Maldives temporarily kept him then kicked him out, and Singapore, from where Gotabaya eventually mailed in his resignation, also asks him out.

The lesson for Sri Lanka

Dynasty politics mixed with unbridled corruption is a deadly combination that ravages nations like an aggressive cancer. Sri Lanka is no stranger to this. This particular dynasty took a turn for the worse. Since coming to power in 2019, Gotabaya’s government has accelerated the catastrophe of the economy by declaring senseless tax cuts that weakened the treasury and a ban on chemical fertilizers that weakened farmers. Then came the pandemic which dried up tourism revenue, followed by war in Europe in 2022 which dealt the final blow to the island nation.

For a very long time after the end of the civil war, the Rajapaksas led by Mahinda Rajapaksa served as China’s puppets in Sri Lanka. China was the new topic of conversation for the city as it sought to make inroads in the Indian Ocean region with an eye on India. It is here that the ruling political class may have overestimated Sri Lanka’s value to China, especially as India reacted strongly to the Hambantota fiasco resulting from the Chinese debt trap. Sri Lanka’s ability to play against both teams has been exploited far more than its potential. Clearly, that gamble did not pay off because this time around China deserted Sri Lanka, while insisting that it strike an unworkable free trade deal with it, blocked aid from $1.5 billion from an existing line of credit did not help the Rajapaksas save their name. and clearly negated any chance of letting Gotabaya Rajapaksa into China while fleeing Lanka.

Read also : India’s response to the Sri Lankan crisis is a sign of a rising and assertive India

In fact, some of China’s most influential puppets and brokers around the world should know how easily they can be dismissed by Beijing. China’s interest in Sri Lanka appears to have evaporated as tensions with India on the Himalayan border and the resulting backlash from New Delhi keep it busy navigating through the apparent freeze in ties with a market of 1.3 billion people. Even if it wasn’t, China is known to have dumped Mahinda Rajapaksa in the past after he was ousted from power, and wouldn’t bet on a leader who is beaten right, left and center. . And again, in pushing for a free trade deal that Gotabaya Rajapaksa, having already thrown the country into turmoil, saw through, China pushed its luck with an all-or-nothing stance. He therefore never really gave up his predatory behavior and is not expected to do so in the future. But for now, Sri Lanka has outlived its usefulness to China, as have the Rajapaksas.

Another lesson is learned from the market’s reckless borrowing from Western institutions that are now able to sue Colombo for default. In January this year, the government redeemed a $500 million sovereign bond even as the forex crisis was already unfolding and after India announced a $900 million loan. With no grace period granted to Sri Lanka by these Western institutions, even when its economy was on the verge of collapse, subsequent governments in Colombo should be aware of the island nation’s other debt trap. into which the Rajapaksas threw him.

India, on the other hand, shipped cargoes of fuel, food and fertilizer to its southern neighbor and prevented its supplies from completely drying up. The opinion of the Sri Lankan people on India should improve as they shun their reservations often fueled by history and politicians with opposing interests. After all, India remained during Sri Lanka’s darkest hour, even as others fled the scene.