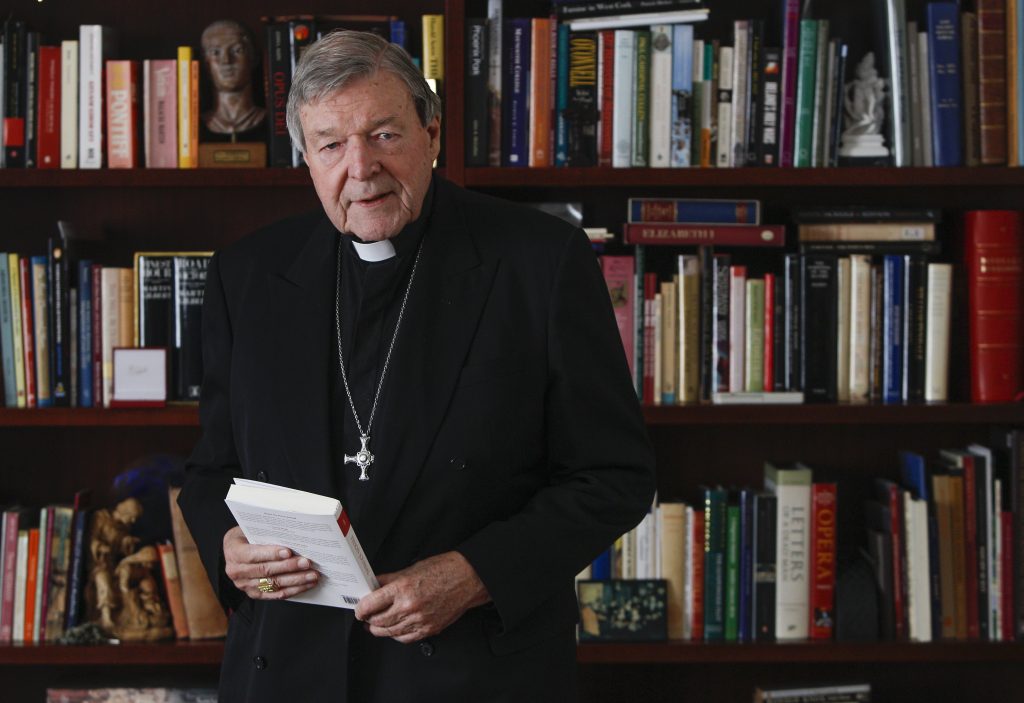 It is the story of the prison of a priest subjected to all kinds of troubles and humiliations: strip searches, isolation, screams and beatings by fellow inmates in his dungeon; vicious letters from a neighboring inmate; an Islamic terrorist chanting prayers; days and weeks without the Eucharist, breviary or its Bible; and the harshness of the judicial process influenced by biased media and public opinion.

These are some of the sufferings endured by a cardinal of the Catholic Church, not in the distant past, but in modern times.

The story of Cardinal George Pell, who was ultimately cleared of all charges against him and released from prison in Australia, is told in his “Prison Journal”, published by Ignatius Press. Although its three volumes total over 1,000 pages, I enjoyed keeping the Cardinal company in the “clink”. (This phrase refers to a letter that Cardinal Pell believes was from a nun who said that if Jesus could be born where they fed the animals, she guessed it was appropriate for a cardinal to spend time “in the heap “.)

Cardinal Pell’s volumes are steeped in subtlety, insight, and reflections on Christian life behind bars. Interwoven with grim details of the day-to-day challenges of detention are beautiful reflections on the scriptures, as well as ominous references to the calls for his condemnation and the reactions of others to them. Among those reactions was a letter from Ireland telling her that a visionary said the Blessed Mother attributed her hardships in Australia to her attempts at financial reform at the Vatican (although Pell admits to being skeptical of private disclosures, he had wondered the same thing.)

The cardinal offers many remarks on the state of the Church, including some painful insights. He is a keen observer of human details. For example, seeing the word “house” scrawled on the window of his cell makes him wonder about the man who wrote it “and if he was bitter.”

“I suspect not,” wrote the cardinal, “because it is my home at the moment and it is not a terrible place.” I’m not sure I agree with his hypothesis, but I admire that he can take it as such.

The Cardin The Reverend Prince has a wide variety of rings and bracelets and Cardinal Pell is careful to respect the accessories). Nevertheless, he takes messages from preachers and letter writers very seriously, and admits his difficulty in forgiving some of his enemies. It is refreshing that the Cardinal recognizes that it is difficult for him to understand that God loves even those who attack the Church as much as he loves those who serve her, “but of course it is true,” he wrote.

I could not help but compare the three volumes to other famous works on prison. The cardinal’s writings sent me to Dietrich Bonhoeffer’s â€œLetters and Papers from Prisonâ€, for example. Ironically, the “Prison Journal” also reminded me of “De Profundis”, written by Oscar Wilde during his imprisonment for a sex scandal: although Wilde was guilty and Pell innocent, both convey the experience of sophisticated intelligence. highlighting an environment. and people removed from ordinary life.

The first volume ends with waiting for the results of the first call. The second concerns the confirmation by the Court of Appeal of his six-year sentence. The third volume, titled â€œThe High Court frees an innocent manâ€, kept me in a kind of tension of indirect suffering, especially when the cardinal wrote: â€œToday I am finishing a year in prison for crimes that I did not commit â€.

The whole experience gave him a lot of compassion for his fellow inmates. One of them wrote the cardinal a letter of support which reminded him of the Good Thief’s defense of Jesus. At the news of the reversal of his convictions, the inmates of the neighboring cells congratulate him and share his happiness. The scene gives “Journal” a touch of poignant grace, especially because the Cardinal believes one of these men was falsely sentenced to a life sentence.

Cardinal Pell was released from prison in April 2020 only to enter the restrictions of the initial COVID-19 lockdown. In a recent interview, the cardinal said his pre-Vatican II seminary prepared him for life in isolation, while his time in prison prepared him for COVID.

I mentioned to a friend of mine that I read the “Journal”. “So he was innocent?” He asked me and then said, “That’s good.” As Jonathan Swift said, “A lie flies and the truth limps after.” This is why these books are so important. Cardinal Pell, who wrote several books and countless chronicles during his ministry, said that writing this â€œJournalâ€ was the easiest for him in terms of composition.

Fortunately, the “Journal” is easy to read, almost like having a face-to-face with a great pastor of the Church. Ignatius Press is to be commended for the plan to publish the writings, which will be a lasting testimony to the present moment in Church history.