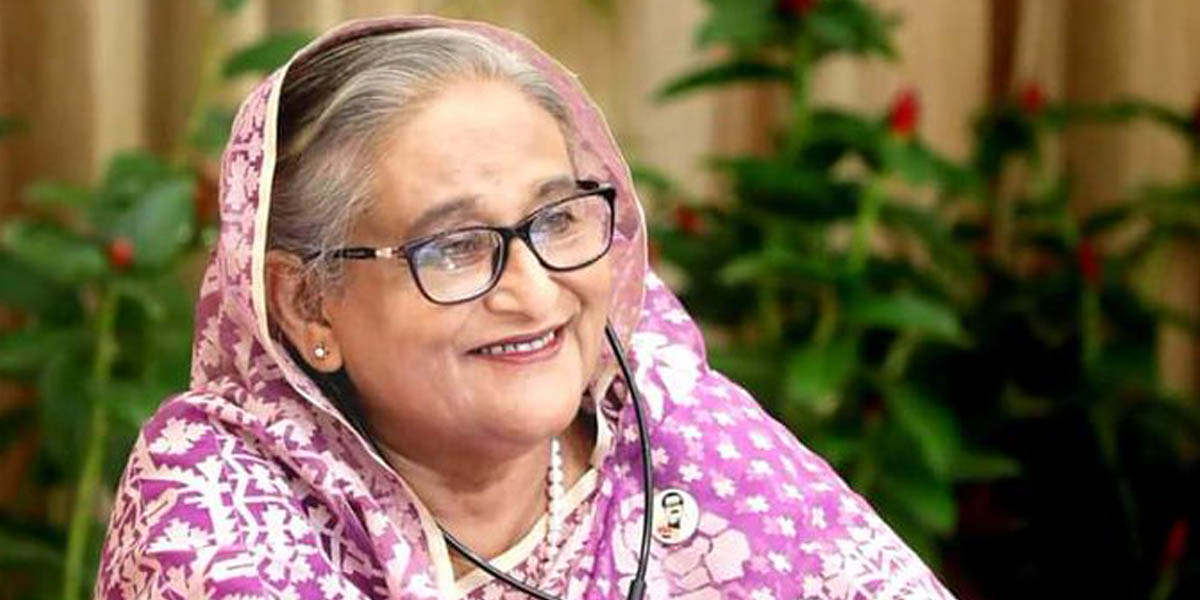 Bangladesh’s approach ‘not to face Sri Lanka as a crisis’

Recently, one of the topics of discussion in regional politics, including Bangladesh, is the economic and political disaster in Sri Lanka. Since the beginning of 2022, this question has been the subject of numerous discussions both nationally and internationally.

The history of Bangladesh is different from others

The deepening economic crisis in Sri Lanka and many other countries does not threaten Bangladesh with a debt catastrophe. More than 10 nations face the possibility of economic collapse due to rising inflation, debt and borrowing costs.

According to the report, Sri Lanka is not the only country currently experiencing financial difficulties. Russia, Zambia, Suriname, Lebanon and other countries currently have arrears. Belarus is another nation at risk of going bankrupt. However, the list is long. Twelve other nations are at risk from rising inflation, debt and borrowing costs. The vulnerable countries are: Argentina, Ukraine, Tunisia, Ghana, Egypt, Kenya, Ethiopia, SL Salvador, Pakistan, Belarus and Ecuador. Bangladesh is not on the list.

Bangladesh’s approach to “not facing Sri Lanka as a crisis”

Travel by government officials abroad is restricted, the taka is devalued, remittances are rewarded in cash and luxury goods are taxed, helping Bangladesh build up its foreign exchange reserves so it can easily respond. on import request. In the meantime, the government’s policy of increasing exports and reducing imports is helping the economy recover.

The impact of COVID-19 on the economy, already constrained by the Russian-Ukrainian conflict, is undeniable. The latter made things more difficult for developing countries like Bangladesh and aggravated the global economic crisis.

In order to sustain COVID-19 and the war-damaged economy, the nation must give equal priority to controlling inflation as improving the export-import ratio.

Although the country has enough reserves to cover the minimum payment for imports over three months, the depletion of the foreign exchange reserve can become a concern if it continues to decline. Here, the adoption of strategic interventions at all levels of fiscal management becomes necessary as part of an overall economic plan to control and repair the economy. Bangladesh has already adopted the “cost minimization” policy.

On May 17, 2022, while chairing a meeting of the National Economic Council of Bangladesh, the country’s Prime Minister gave advice to ministries and divisions on how to implement development projects without overspending.

She underscored the importance of only completing critical projects and postponing non-priority ones for the time being to prevent the current global crisis from weighing on the national economy. This order continues a number of other policy directives and orders from the head of government to address the economic problem affected by COVID. It is not an isolated problem.

Over the past few months, Bangladesh’s invested quarter, inspired by events in Sri Lanka, has begun to expect Bangladesh to move towards Sri Lankan economic status. They also expected that if this situation happened, the people of Bangladesh would take the ground like the people of Sri Lanka to overthrow the ruling government. But not all of their misconceptions turned out to be true at all. Since the economic disaster in Sri Lanka, the Awami League government under Prime Minister BD has strongly argued that the economies of Sri Lanka and Bangladesh are very different.

Moreover, development aid organizations in Bangladesh have repeatedly stated that there is no logical reason for the situation in Bangladesh to be similar to that in Sri Lanka. Those who make such wrong assumptions must first understand the fundamental difference between the economy of Bangladesh and the economy of Sri Lanka. Sri Lanka’s economy is largely dependent on the tourism industry.

Sri Lanka’s tourism industry has collapsed due to the current Covid-19 pandemic which has been going on for over two years. As a result, the country’s foreign exchange reserves began to dwindle, and the government began to speed up the importation of fuel and other commodities. At one point the government was forced to stop all imports. As a result, there was a lot of anger among the people.

But the main pillar of Bangladesh’s economy is clothing and foreign currency sent by expatriates. Bangladesh’s foreign exchange reserves are in a much stronger position than those of other South Asian countries. At the start of the Covid-19 pandemic, many believed that remittances to Bangladesh would decline as many expatriates lost their jobs at the start of the pandemic. However, due to the government’s diplomatic success, Bangladeshi workers returned to their places of work in a short time and send foreign currency at the same rate.

Consequently, there is absolutely no possibility of a situation like that of Sri Lanka in the economy of Bangladesh in the current situation. Moreover, even though the level of corruption of the Rajapakse dynasty in Sri Lanka has reached the highest level, no action has been taken against them by the government. As a result, there was great anger among the people.

Although there are allegations of corruption in some cases in Bangladesh, no such situation has occurred. Further, no such complaint has been found regarding the Honorable Prime Minister of Bangladesh and his family members. As a result, there is no anger among the people. Accordingly, it can be said with certainty that there is absolutely no possibility of a situation similar to that of Sri Lanka in Bangladesh in the near future.

It is good to say here that for two years the economy of the major countries of the world has been disrupted due to the ravages of the Covid-19 epidemic and now the Russian-Ukrainian war. Because the impact of covid has not only hit the health sector, it has disrupted all other sectors, including the economy and education. However, thanks to the visionary leadership of the Prime Minister of the Government of Bangladesh, on the one hand, he was able to successfully deal with the health threat of Covid, and on the other hand, he was able to put his economy on solid foundations.

Bangladesh’s economy is now on solid ground. As the economy struggles to recover from the shock of the coronavirus, the Russian-Ukrainian war has made this struggle even more difficult. Although the economy of Bangladesh is going through a tough time. Commodity prices are rising, inflationary pressures have become difficult to manage, reserves have fallen below $40 billion after two years and the government is under severe pressure on electricity and fuel, but the initiatives taken by BD government to deal with the temporary crisis could be effective.

Many people believe that this crisis will lead Bangladesh to Sri Lanka. But the crisis in Sri Lanka and the crisis in Bangladesh are not the same. The Sri Lankan crisis started before the war in Ukraine. And the current war crisis is not only for Bangladesh but for the whole world. The current crisis is in fact imported. The crisis will fluctuate with the international market. The BD government adopted an austerity policy to deal with the crisis. There really is no other way. Efforts have been made to prevent the deterioration of reserves by reducing imports and increasing exports. As long as the effects of war last, it must on the whole be thrifty, the rush of demand. War is like a storm. What touch will be in everyone’s house? If your house is solid, you will feel less windfall. Bangladesh’s economic base is now very strong, so the storm of war may not wash it away, but the blow will be less.

One thing is pretty clear in economic language and in terms of economic numbers: any country that takes on global debt of up to 70% of its core GDP will not face economic ruin. Bangladesh’s current debt to gross domestic product (GDP) ratio is 44%. Although external debt has increased by 21.8%, import spending has increased by 44% in the global recession and foreign exchange reserves have already fallen, Bangladesh ranks 41st in the world economy. The position is just after India. According to new IMF data, Bangladesh and India were the only two South Asian countries considered among the world’s 50 largest economies.

Reserves are less than 40 billion. The reserve is gone – I see no reason to fuss because the reserve is gone. Because the hard truth is, when the current AL government took power, how much was the reserve? This comparison is now more than double. (I’m not praising the government, that’s the hard truth) So reservations shouldn’t be a problem at all. At that time, the state had three months of import expenditure compared to seven months currently. However, the government of Bangladesh has already settled import payments worth $1.99 billion with the Asian Clearing Union (ACU) last week. Reserves were reduced mainly after sanctioning import payments. Through the ACU, member countries settle import payments for their regional transactions. Bangladesh, Bhutan, India, Iran, Maldives, Myanmar, Nepal, Pakistan and Sri Lanka are members of the ACU.

Just as we reduce our family expenses in times of danger, the state must also reduce. Sri Lanka borrowed more than it could afford and built a monitoring system on this debt without knowing if it would be reciprocated. Bad policies have reduced agricultural production. There is no such crisis in Bangladesh. Economists have already explained why Bangladesh will not become Sri Lanka with various statistics. Even in the eyes of all, we understand that Bangladesh is not Sri Lanka and never will be. If you love your country, it is the responsibility of all of you to work to overcome the crisis from your respective places.

John Rozario is a South Asian affairs researcher and analyst based in Karnataka. He can be reached at johnrojariojnu@gmail.com